Tribute to the band Rebecca Riots

The Rebecca Riots were a series of protests in Wales in the 1840’s by local farmers and workers against unfair taxation, and the rioters were often men dressed as women. But for this blog, the Rebecca Riots were a band, and they billed themselves as a “radical folk” trio. Band members Andrea Prichett, Lisa Zeiler and Eve Decker released five CDs between 1995 and 2004, and toured the country, mostly concentrating near their home town of Berkeley, California. On their CDs and in their stage act they dealt with a variety of social causes, like any good “radical folk” act should do. 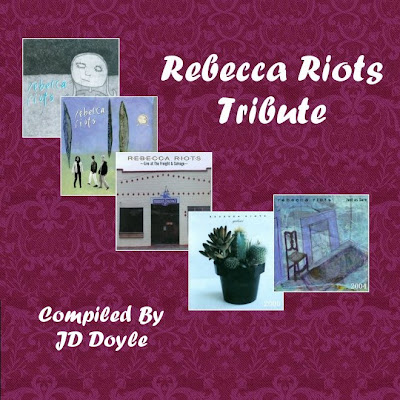 As I produce a show called Queer Music Heritage, you might expect that I love to honor the work of artists & musicians who did great work, but just did not, in my opinion, get the credit or exposure they deserved. Rebecca Riots fit that description. They did excellent work but as there are only a handful of amateur videos on Youtube I decided to create my own. It covers their recording career, with one song from each CD and ending with a unreleased single from 2008, “A Thousand Hands (Wedding Song 08),” which was a response to California’s Proposition 8. 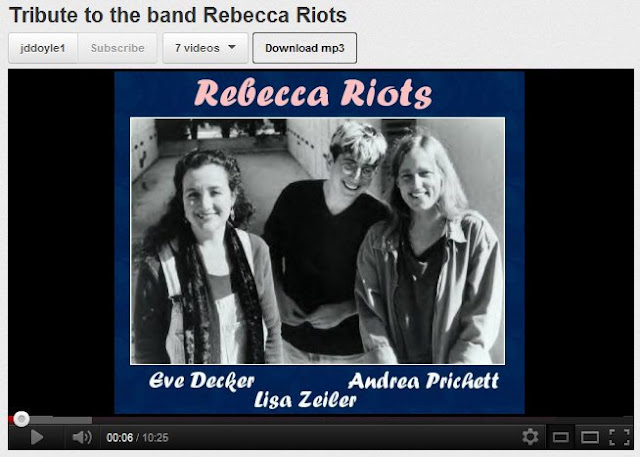 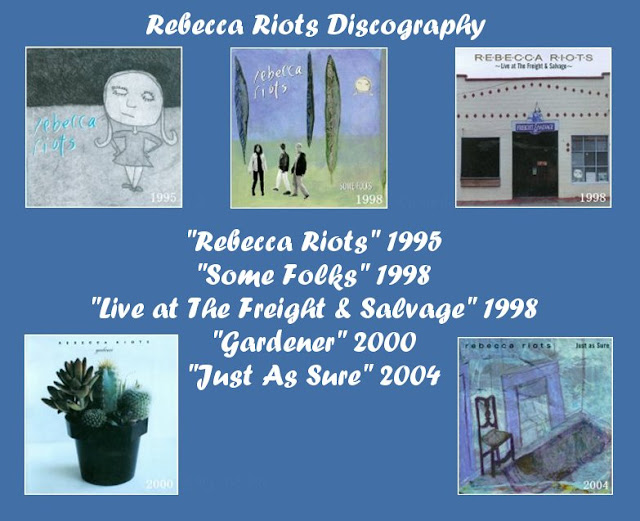 They no longer have a dedicated website, but several recent songs can be heard on their MySpace Page, at http://www.myspace.com/rebeccariotsmusic. Some of their releases can be found on such sites as CDbaby and Amazon.