The Day I Met Ray Hill 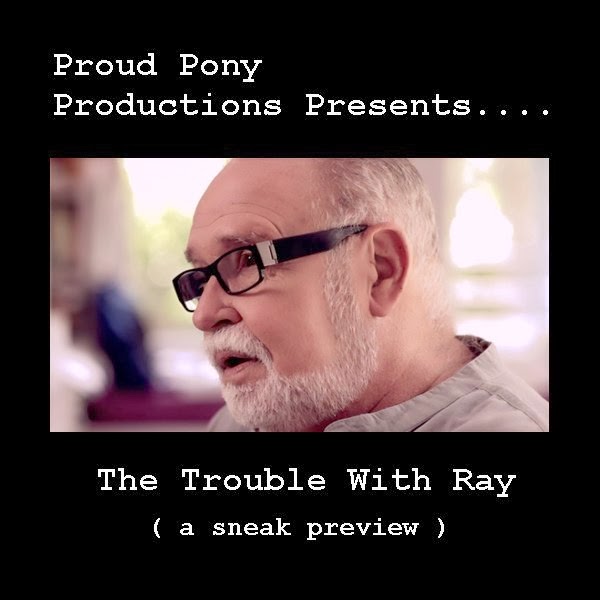 Watch the Preview "The Trouble With Ray"

I met Ray Hill on April 20, 1981, and I even took notes. You may wonder how I know that so specifically and what I was doing.  I lived in Norfolk, Virginia, from 1978 to 1981 and my last year there I decided to take a cross-country trip, and I kept a journal, 110 hand-written pages. From April 1 to August 17 I trekked through the south, southwest, west coast and back to Norfolk via a northern route. I visited 25 cities and tried to soak up the gay culture wherever I went.

As I had just finished a stint as editor of the gay newspaper in Norfolk I had some entree to other gay newspapers and visited them and tapped right away into what was going on and what to experience. I also tapped in the night life, going to 160 gay bars (23 in Houston) and it was during that trip I decided to move to Houston, which I did by the end of that year. So as luck would happen, I met Ray Hill. Here's my journal entry from April 20, 1981.

This afternoon I visited the radio station that airs the gay programs here in Houston, station KPFT, 90.1 fm. They broadcast on Thursday nights normally, but were having a special all-day program as a fundraiser, and they had open house at the studio, which is just three or four blocks from the guest house (Houston Guest House). Ray Hill is station manager and is also known as the father of Houston's gay movement. I didn't really talk with him--he was very busy, but I watched him in the studio give part of a news broadcast. He is very articulate, and to hear him talk on the air, you would swear he had the copy written in front of him, but he didn't. He is very involved in the court hearings in a case in which a gay activist (Fred Paez) was shot at point blank range by a cop. The activist had been doing a lot of research into police discrimination of gays. The shooting was just before Gay Pride Week last year.

Ray's lover is Kent Naasz, whom Michael Collins (a NYC activist friend) suggested I look up in Houston. Kent happened to be the first person I talked to at the station, so it was kind of coincidental that we met that way. The station of course is all volunteer (except for Ray) and as expected, they program gay news, interviews, group discussions, records, and about anything else they can think of. It seemed like they had their shit together.

I did get to talk to Ray Hill later. He saw me at a nearby restaurant and sat down at my table for about an hour. He is very interesting. He should write a book on his experiences. 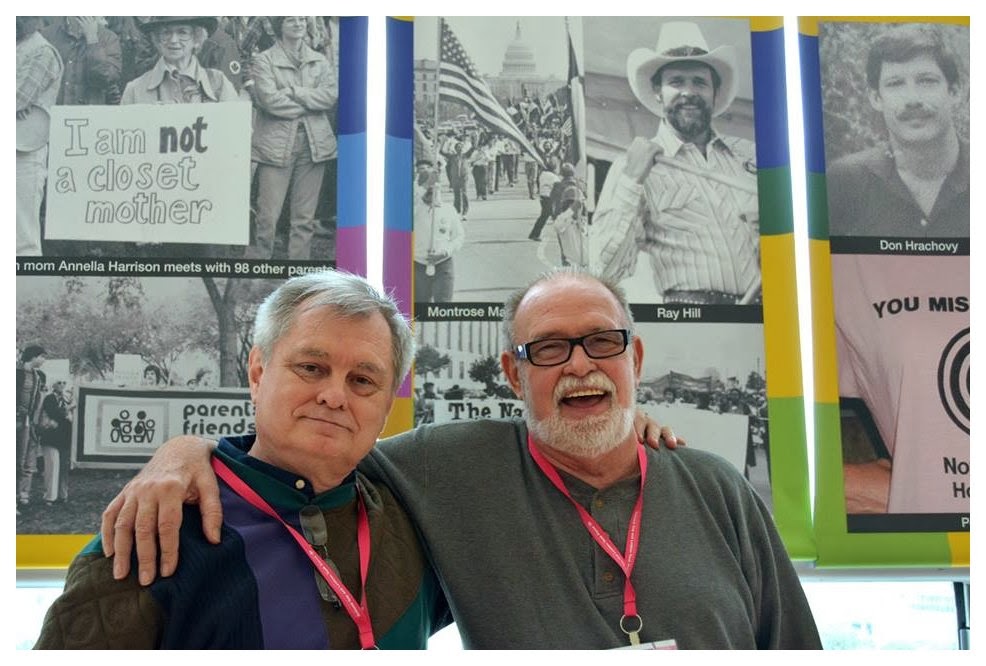 Above, January 2014, with Ray at The Banner Project display at Hilton Americas, during Creating Change 2014.

For my blog visitors outside of this area, Ray has for decades been ubiquitous with the gay movement in Houston. And, yes, this is one of my rare blog entries Not dealing with queer music.

Houston gay bars I visited during my trip: