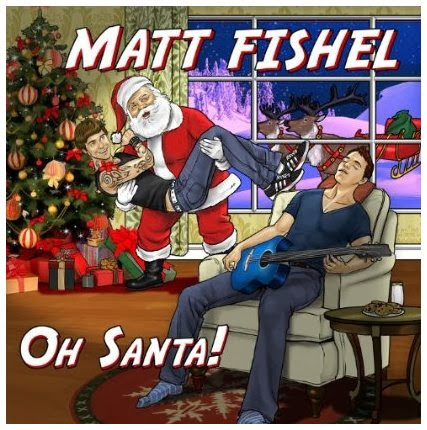 JD: Hello, my name is JD Doyle and I am addicted to the music of Matt Fishel.
Everyone: Hello, JD.

Okay, no, it's not an addiction meeting, but I freely admit I AM addicted to Matt's music, and have been for many years. I've been playing him on my shows for several years now, and in the last couple he began releasing singles from what would become his (terrific) debut album...they all made my personal hit parade and when I knew he was working on that album I got him to promise me the very first interview about it, which you can hear on my April 2013 OutRadio Show. That CD is called "Not Thinking Straight."

But this blog entry is not about that album, but about his special Xmas Single, and again, well, I think it's wonderful. It's a cover of Mariah Carey's "Oh, Santa!" and he wraps around it his usual perfect power pop arrangement, and of course, her lyrics now become (gasp) male-on-male ones...love, Love! 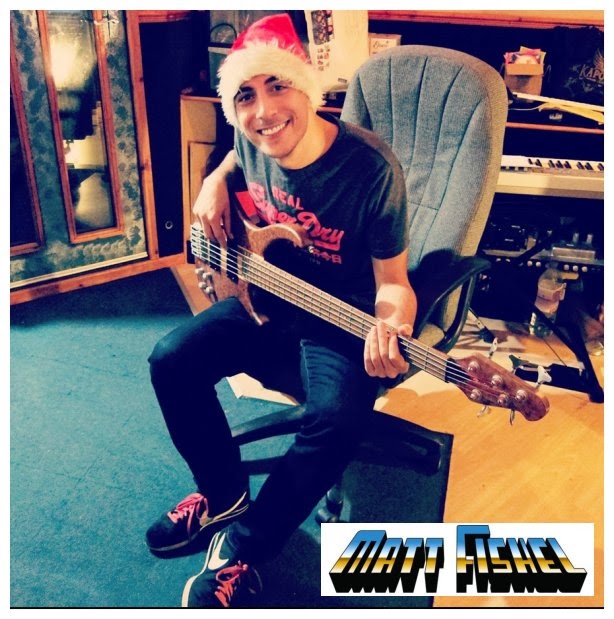 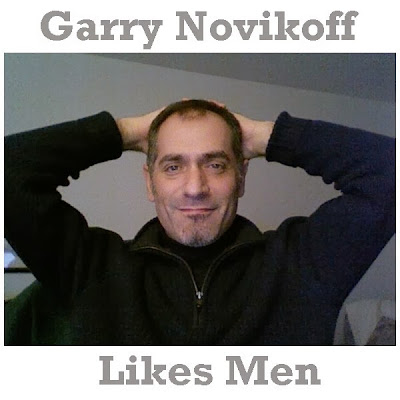 Garry Novikoff likes men, there, I've said it.....or, actually HE said it, and sings it a lot in his new video. Check it out here...

He has other fun songs in his bag of tricks...ask him about "Friend for Christmas," which I'm playing on my December Queer Xmas Music Special (available around December 1st). And I spotted a couple celebrity cameos in the video, like Richard Barone...(as the cruisy guy, which may be typecasting) 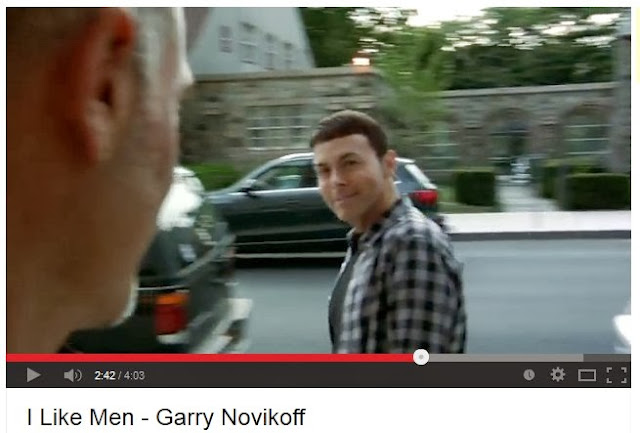 and Tym Moss...celebrating in the crowd scene. 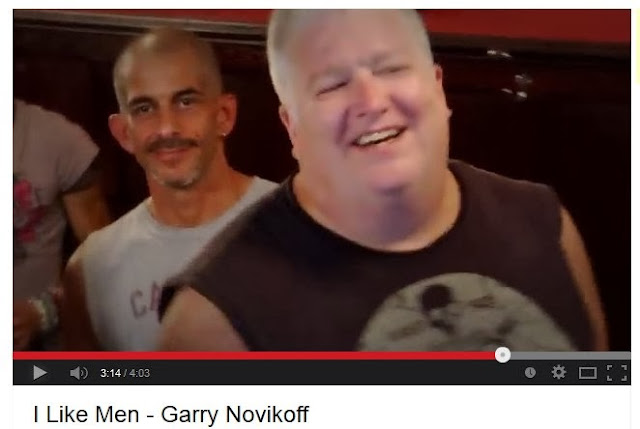 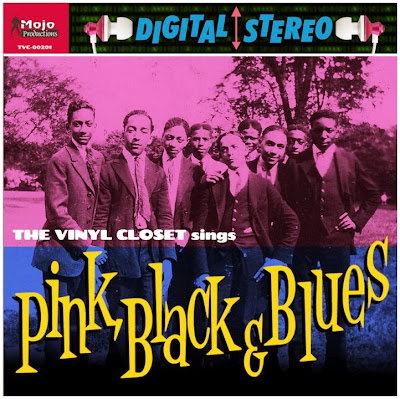 I love the genesis of this project, and the resulting CD....and I'm pleased that one of the folks involved, Brett Lock, shared it with me....he wrote me:

I'd like to tell you about an album by 'The Vinyl Closet' which is a re-recording in a modern style of blues songs with LGBT themes.

A brief background of how we came to record this: My musical partner, Ted Brown, and I started off being invited to do a talk for the Gay & Lesbian Humanist Association in the UK on the subject of LGBT representation in early popular music. We played some recording of Bessie Smith and Kokomo Arnold and others, and - to make the talk more lively, since I play guitar and Ted sings - we decided to perform a few of the songs as a novelty. What we found was that people remarked that the old recordings were a little hard to follow because they were so crackly and predated hi-fi recording. The audience preferred it when we performed the songs, so we found ourselves adding more songs to our repertoire and phasing out the playing of the recordings.

The talk soon metamorphosed into a show which we were invited to do around London. It was a natural step from that to record our modern versions with the help of a few other musicians we knew. 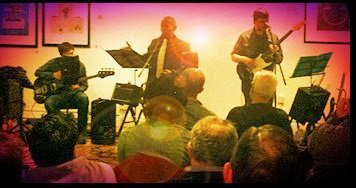 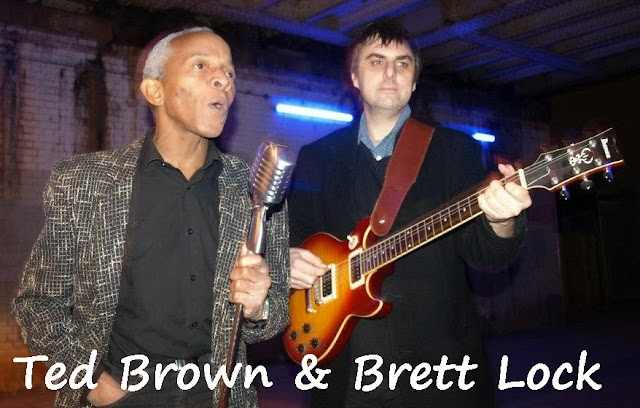 Now, as a music historian this is Right down my street, as I've featured many of these songs on a show I did in October 2007, called "Queer Blues." I got a kick out of hearing what they did with so many old blues songs that I admire so much, like Bessie Jackson's "BD Women." (I have to chime in that in the image below I'm fairly sure that's Ethel Waters, and not the song's originator, Bessie Jackson) 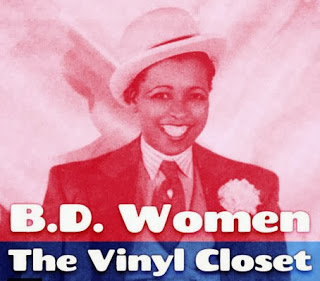 But I can do better than just letting you hear one song....if you go to their site

http://www.vinylcloset.org
You can not only sample all the songs on the album, but hear a podcast where they present the music, much like the evening events that spawned the album.

And you can buy downloads at their Bandcamp site:
http://thevinylcloset.bandcamp.com/album/pink-black-blues# 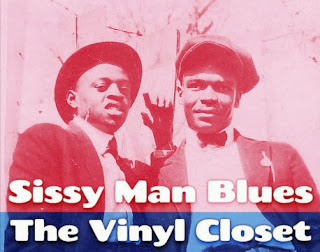 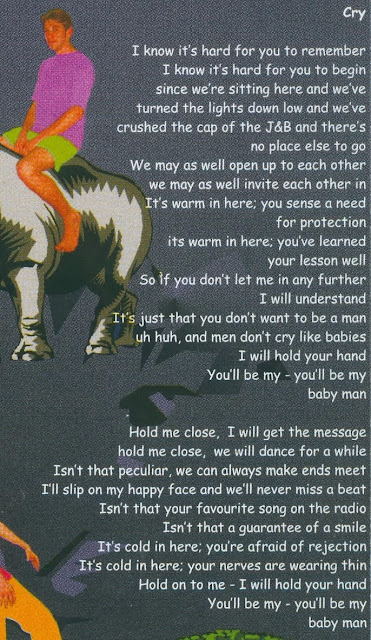