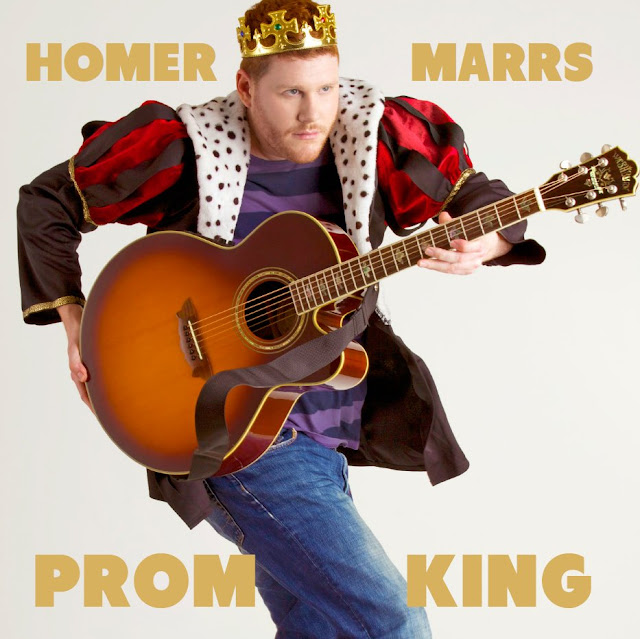 The songs of this artist make me smile. He's Chicago indie...well, wait, I'll let the blurb from his Bandcamp page tell you: "His songs marry quirky lyrics to catchy melodies. Sort of like They Might Be Giants after an intensive course in David Sedaris." If he means the sly dry wit, yes, I see it. And you can see a video below, for "Bear411." 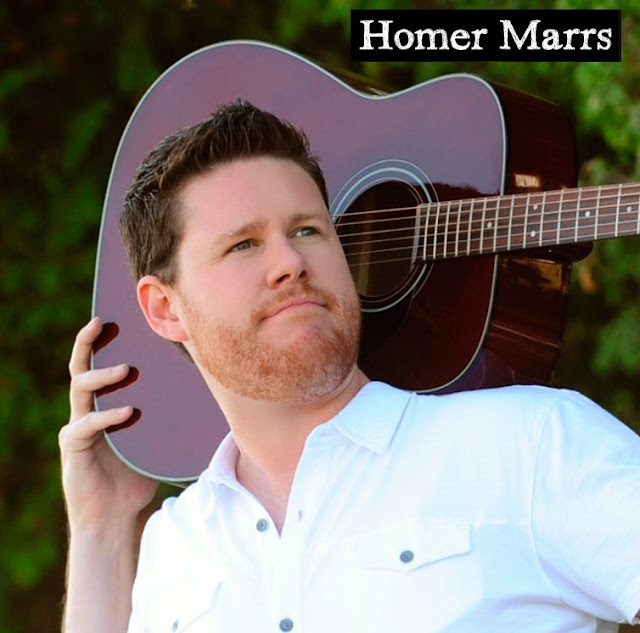 Okay, I rarely do this, but I'm plugging a CD fund-raising campaign, and I Love this artist. He's Australian singer Brendan Maclean, and I've been playing his infectious pop on OutRadio for over a year now, and reveling in such songs as "Cold and Happy," "Only Only," "Practically Wasted," and "You Beat Me To It." The first song from the new project, his first real CD, sound just as great, and it's called "Stupid." You can hear a little of it at this link, and also catch his quite charming video pitch for help, by Clicking Here.

Want some instant gratification? Listen to "Cold and Happy" or "Only Only" or "Beat Me To It."

Brendan on Facebook and MySpace
Posted by JD Doyle at 8:31 AM No comments: 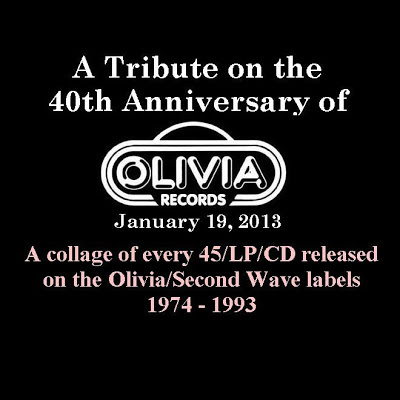 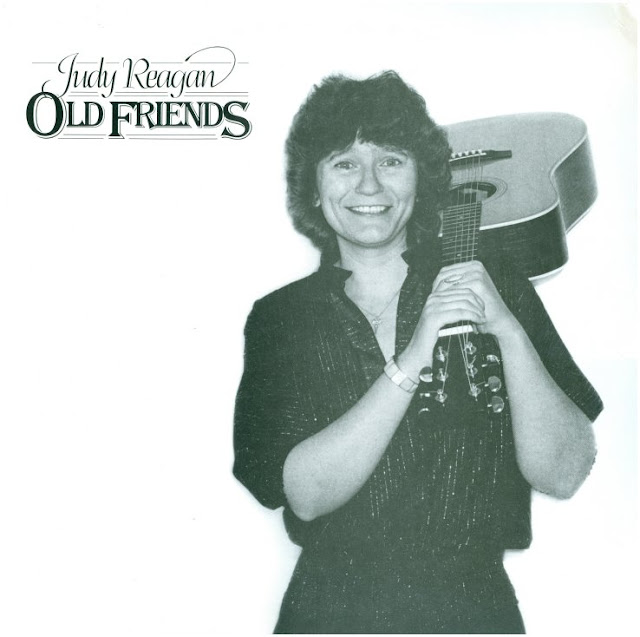 I love that in this video I can honor at the same time two creations that themselves honored the lesbian pioneers of the 1930's through the 1960's. On Judy Reagan's 1983 LP "Old Friends," she included the wonderful song "Hollywood Haircut," and it deserves so much more attention than it has received over the years.


At the same time, a book I very much respect is "Boots of Leather, Slippers of Gold: The History of a Lesbian Community," by Elizabeth Lapovsky Kennedy and Madeline Davis. It provides an important look at the emergence of the lesbian community, in this case in Buffalo, NY, but those insights would likely apply across the country. 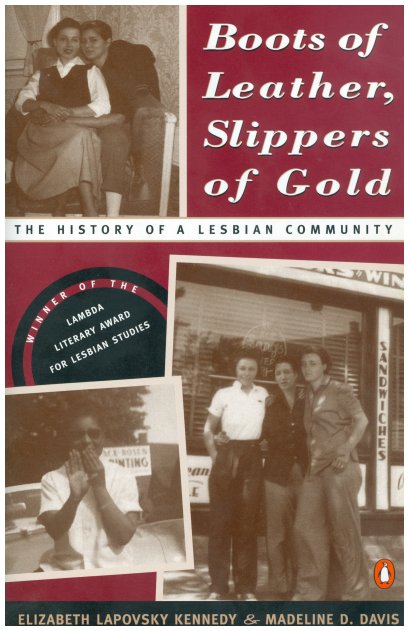 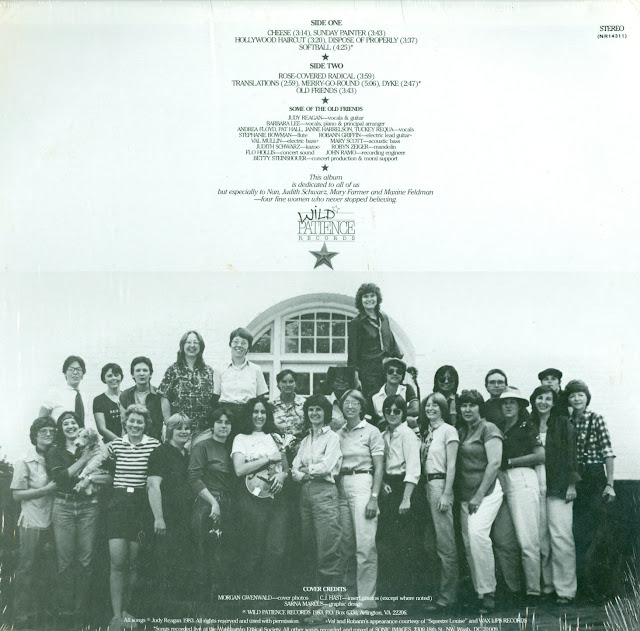 If anyone knows how to reach Judy Reagan, I would love to interview her. 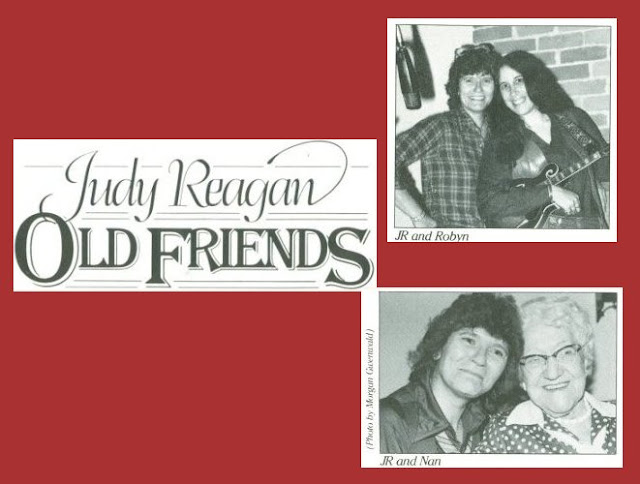 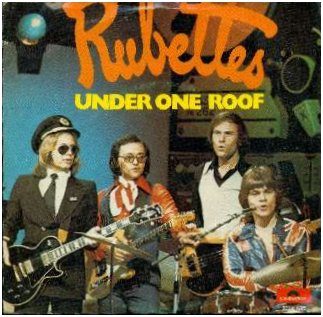 In 1974 an English group called the Rubettes had a big power pop hit with "Sugar Baby Love." It immediately hit #1 on European charts, selling millions. By the next three years they had ten on the UK charts (though only their first one reached America, only making it to #37). I loved the band, including their songs "Tonight," "Juke Box Jive," and especially "I Can Do It." But it was another song that had a deeper meaning and was a radical change from their up-tempo pop. It was called "Under One Roof," and was written by group members Alan Williams and John Richardson. It only charted #40 in the UK, in September of 1976, due probably to its very radical subject matter, homophobia, and that it was such a departure from what the band's fans were used to hearing. It was about a runaway teenager, taken in by a gay man, and the teen was later killed by his father, for being gay. This was no "Sugar Baby Love."

Already on the UK charts at that same time was Rod Stewart, with a song about a gay bashing ending in murder, "The Killing of Georgie, Parts I & II." That song reached #2 in the UK, and I give it credit for being released before the Rubette's song, as it was on the huge world hit album "A Night on the Town," which came out in early Summer. In the U.S. as songs were gradually released from that album "Georgie" didn't really reach mainstream radio here until a year later, when it reached #30. Both of these songs can be credited as very early ones tackling the subject of homophobia. 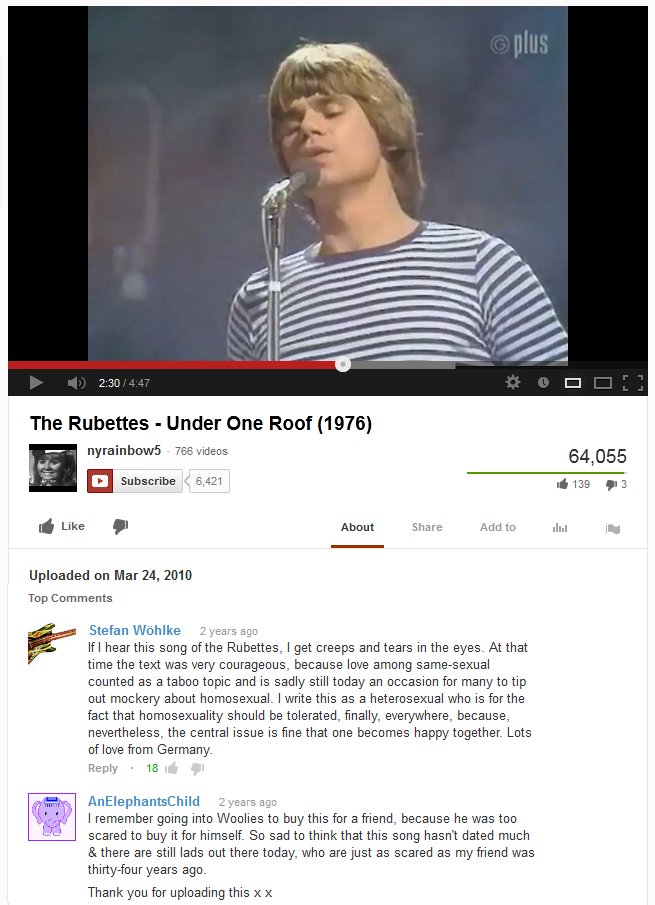 I had several versions of the song on YouTube to choose from but liked the live one for this purpose, and also I thought the comments interesting. Note especially the second one where someone mentions buying a copy of the record for a friend, as he was too scared to do so. 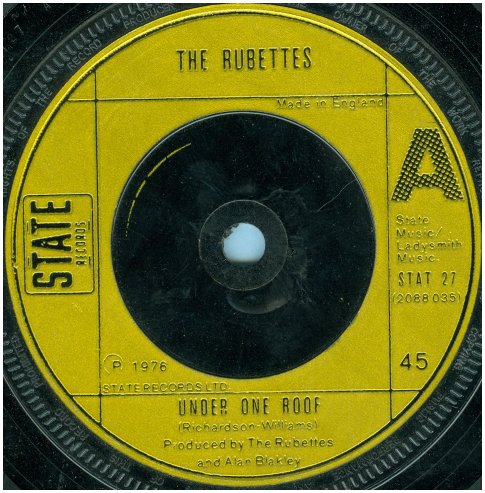 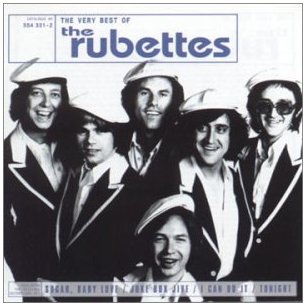 And for those wanting now to hear the Rod Stewart song, "The Killing of Georgie"....

Image: The Quarterly Magazine for the Sophisticated Crossdresser 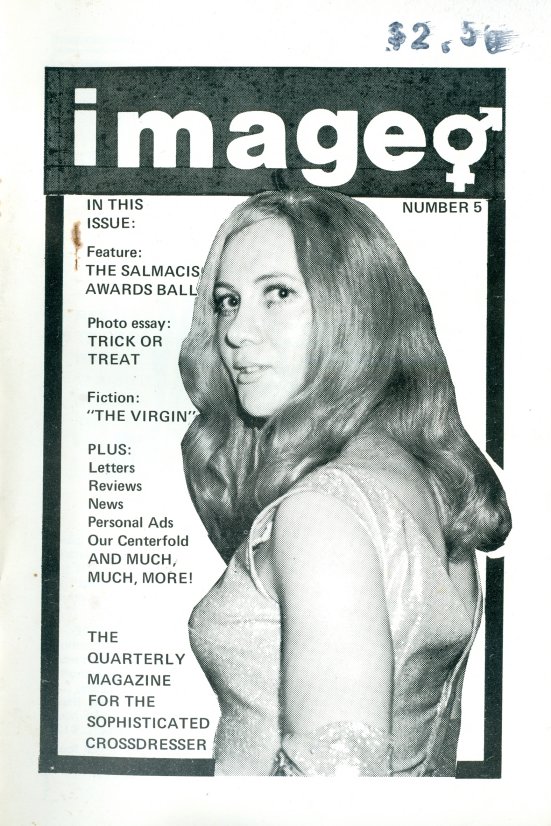 I happened upon the above 1976 issue of Image, The Quarterly Magazine for the Sophisticated Crossdresser, and figured I might as well share it. This was a publication edited by Sandy Mesics, out of Philadelphia, and begun in 1974. And, yeah, this is generally a music blog but I seem to find GLBT history everywhere. 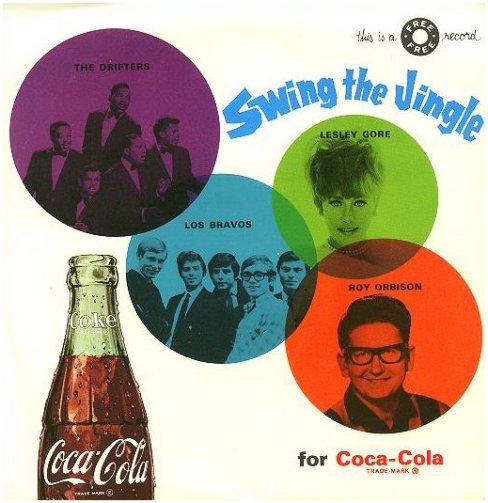 In the 1960's Coca Cola recorded at least 50 commercials with rock & pop stars of the day singing that "things go better with Coca Cola," or variations. These were the big names of the day. Lesley Gore, as far as I know, recorded the "Things Go Better" ad in three lengths: 30, 60 and 90 seconds. The 90-second ad was actually released on a 45 rpm record, given out for promotion. It also featured Roy Orbison, The Drifters and Los Bravos. This was good stuff, and that disc today is usually in around the $40 range. In 1967 more commercials were produced and Lesley got another one, usually called "Her Little Sister," done in 60 and 90 second versions. I do not believe this one or the others done then were pressed on vinyl. I've read that both of Lesley's songs were written by the team of Neil Sedaka and Howard Greenfield, and their sound fit that completely. As I could not find all three of these on YouTube I put them together in this medley. 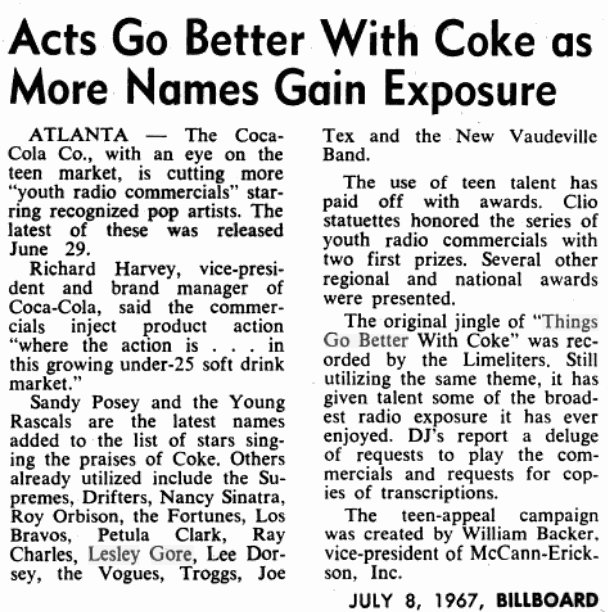 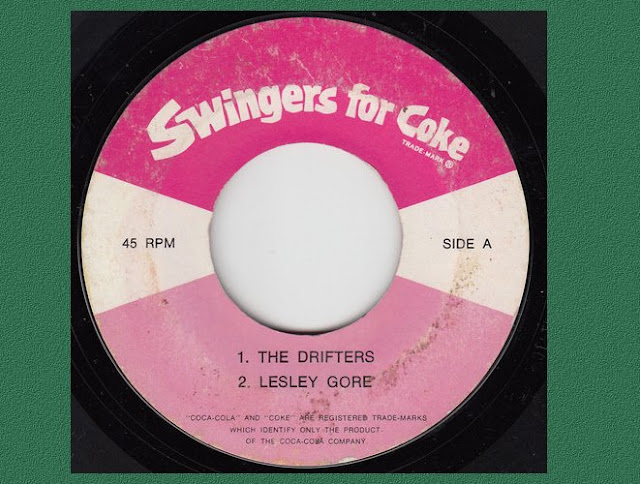 And, I don't want to leave out our other lesbian diva of the 60's, Dusty Springfield. Her contribution to the music of commercials was in 1967 for a product called Great Shakes, which was a powder added to milk to make it into a milkshake. That company also recruited a number of popular acts, including The Tokens, The Yardbirds, The Who, The Chiffons, The Happenings, and others. Fortunately, there was already a video slide show on YouTube for this ad, and it can be found on a 2011 CD as a bonus track, on the Dusty collection of rarities, "Heart & Soul."


This one can be found on vinyl, on what is probably a late 1970's pressing, collecting a number of these type of ads. 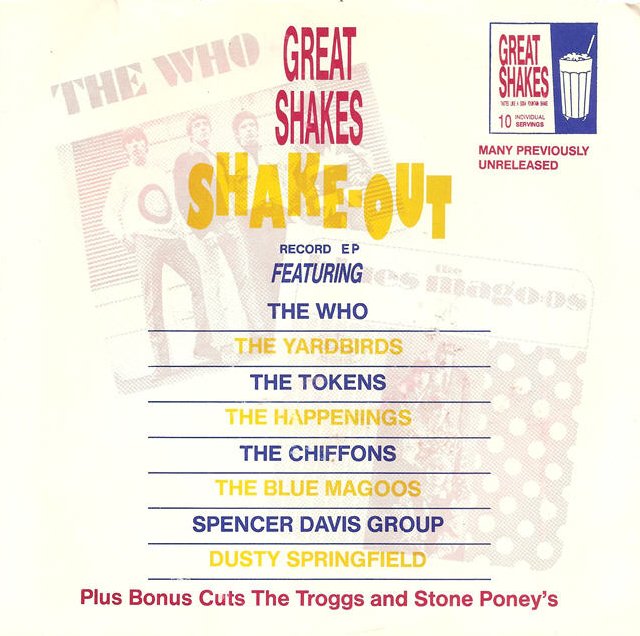 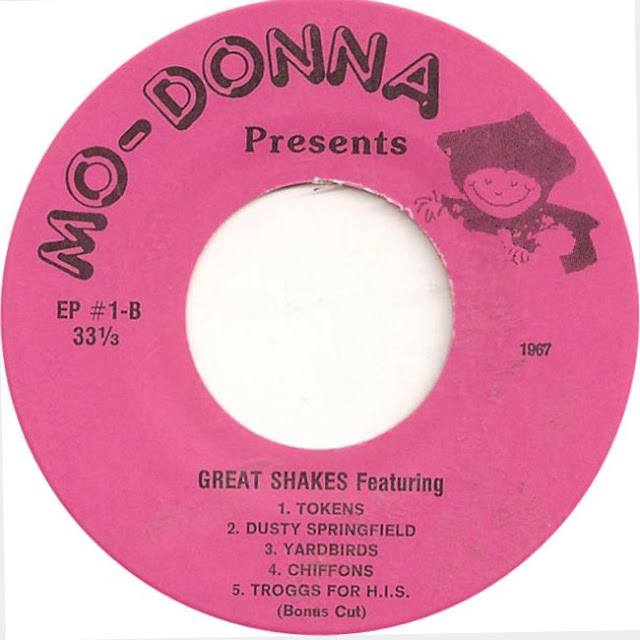