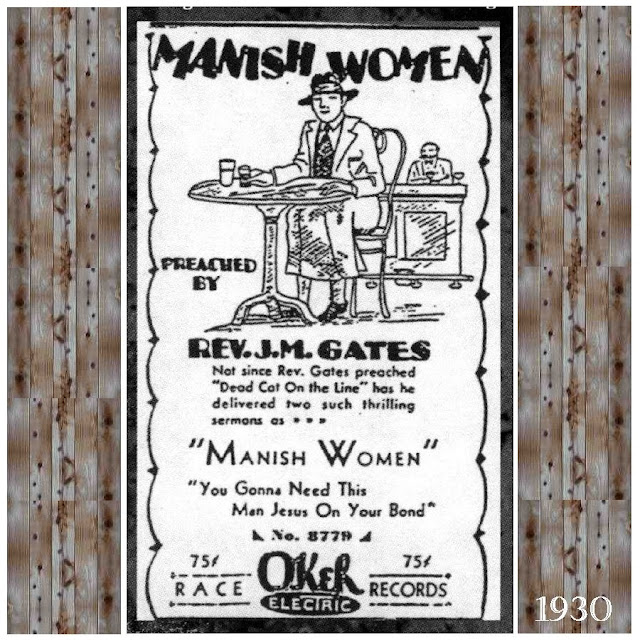 Something different for me...an anti-gay recording, or at least one condemning acting like the opposite sex. Rev Gates was probably the most successful ministers in the South. He was definitely of the fire-and-brimstone call-and-response type, and was unique in that many of his sermons were recorded, about 200 of them, done between 1926 and 1941. The label Document Records has reissued nine CDs of his work. But this one track, "Manish Women," is the one of interest to me, as it storms against women of that, ...er, style, who "try to walk and talk like a man," and doesn't leave out "some men trying to walk and talk like a woman." Released on Okeh Records, #8779, in 1930. 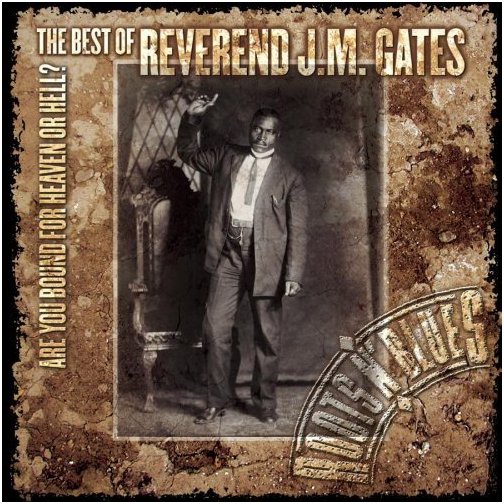 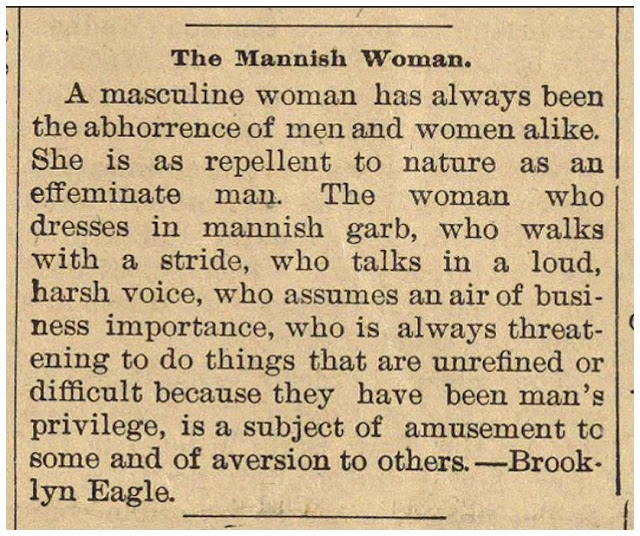 The Battle of the Bette Davis Impersonators 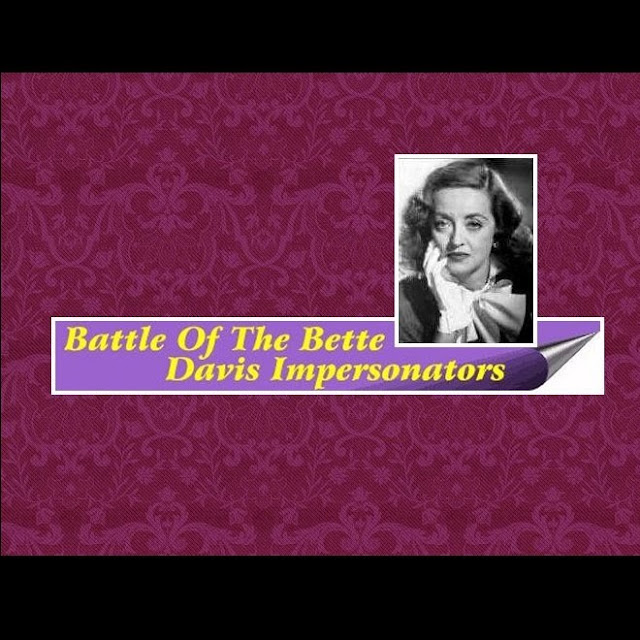 Okay, sometimes I amuse myself in unusual ways, and for example, a number of years ago for one of my QMH shows...on a show called Gender Benders, I put together a sort of medley of comedy clips from several female impersonators, all doing impressions of Bette Davis. Of course many drag performers "do" Bette Davis, but I picked some of the best. This week I decided to add one more drag artist, and make this medley into a video slide show, and it turned into a 14-minute one. It features, in order, Arthur Blake, TC Jones, Charles Pierce, Ty Bennett and Jimmy James. Jimmy is the only "modern" one and has been performing for many years. I saw him in 2011, and he's flawless. I encourage you to seek out the many "Bette Davis" videos of Jimmy James on YouTube. 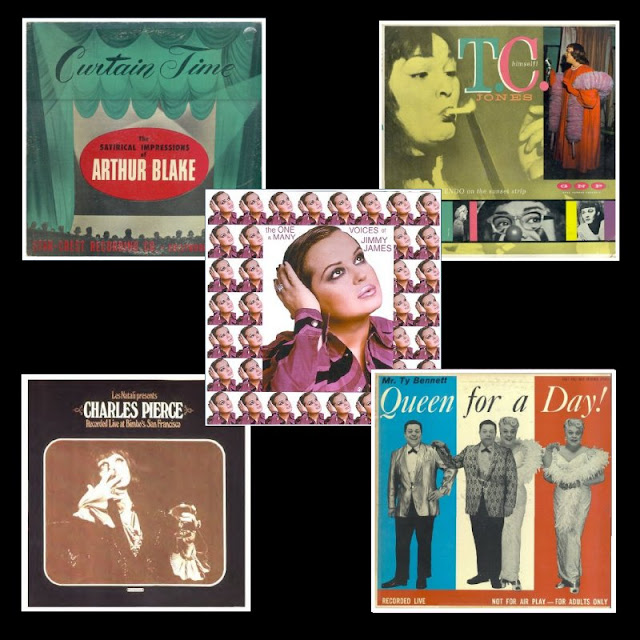 Rod Stewart's "The Killing of Georgie" 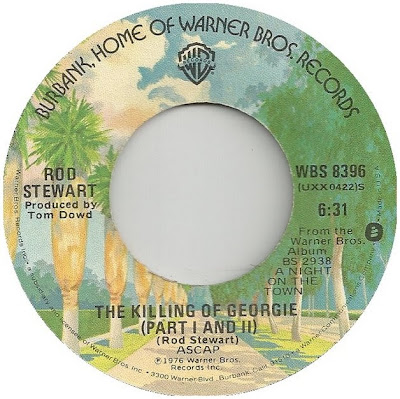 Rod Stewart's "The Killing Georgie" reached #30 on the Billboard Charts in July of 1977, the third of four singles to make the Top 40 from the huge selling LP from the previous year, "A Night On The Town." Of course, "Tonight's the Night" was the big hit, stuck to the #1 spot for seven weeks, and I loved that album. The song "Killing of Georgie" was quite unusual fare lyrically for a chart record, dwelling on the gay bashing, and murder of Georgie. This was pretty somber stuff for mainstream radio then, and now. And, no it was not the first Top 40 hit to deal with LGBT topics...for example, "Lola" by the Kinks reached #9 in 1970, but still, this was a top artist broaching the subject, and rather sympathetically. 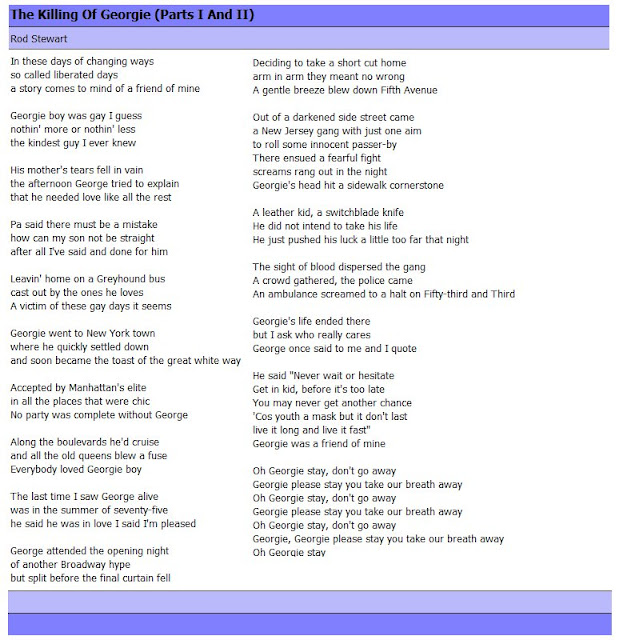 In a 1995 interview Steward explained, "That was a true story about a gay friend of The Faces. He was especially close to me and Mac. But he was knifed or shot, I can't remember which. That was a song I wrote totally on me own over the chord of open E." As to why he wrote it, "It's probably because I was surrounded by gay people at that stage. I had a gay PR man, a gay manager. Everyone around me was gay. I don't know whether that prompted me into it or not. I think it was a brave step, but it wasn't a risk. You can't write a song like that unless you've experienced it. But it was a subject that no one had approached before. And I think it still stands up today." 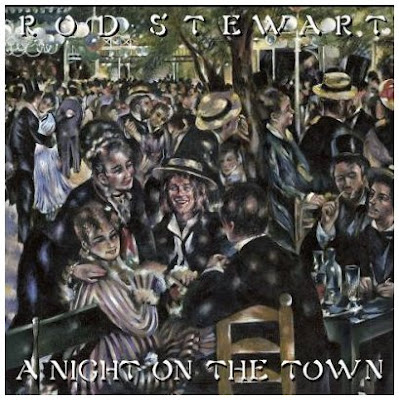 "Why the F@#k Aren't We Famous" by The Kinsey Sicks 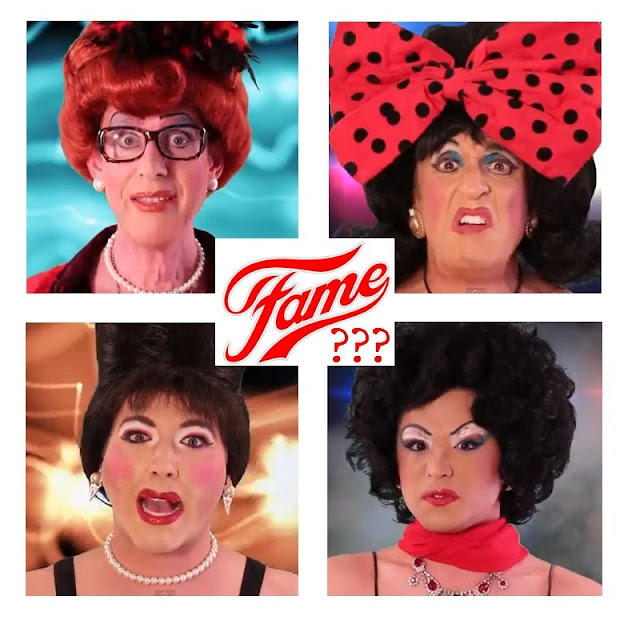 The Kinsey Sicks ask the musical question, and I totally agree with them. I've been a huge fan since their first CD in 1997 ("Dragapella") and cheer every time a new one is released, and I have 8 now. Their live shows are hysterical, and they give great head

line making interviews. It's a mystery to me, so check them out, at http://www.kinseysicks.com/ or even better, their YouTube channel, at http://www.youtube.com/user/kinseysicks
Posted by JD Doyle at 3:37 PM 1 comment: 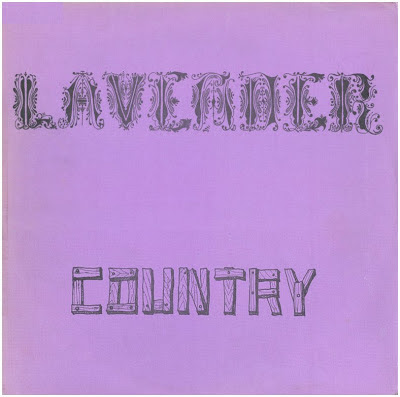 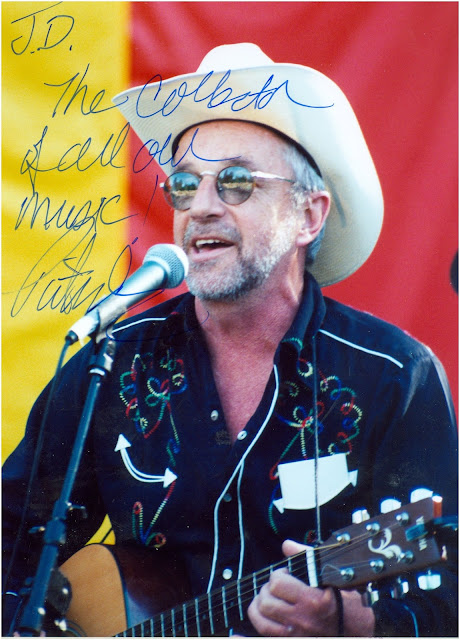 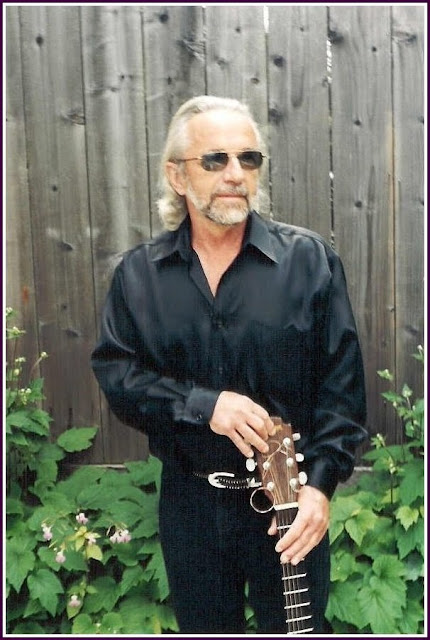 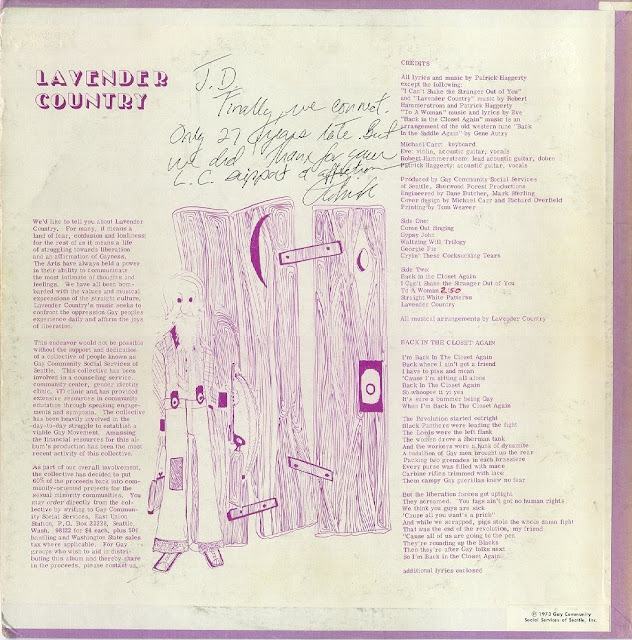 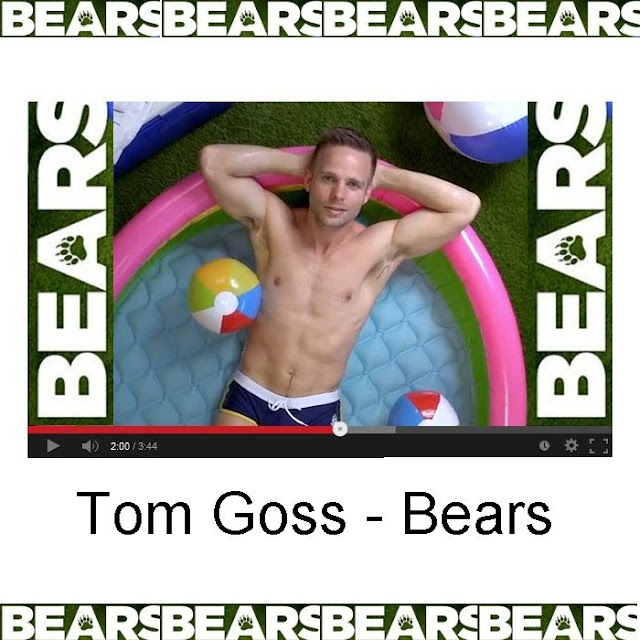 I've been a big fan of the music, and videos, by Tom Goss for many years. This week he premiered a new video, and what better way to do it in an article in Huffington Post, so I congratulate him for that. The song/video "Bears" is a fun, and very wet romp celebrating the Bear Culture. I could not resist getting some quick comments from Tom about it. 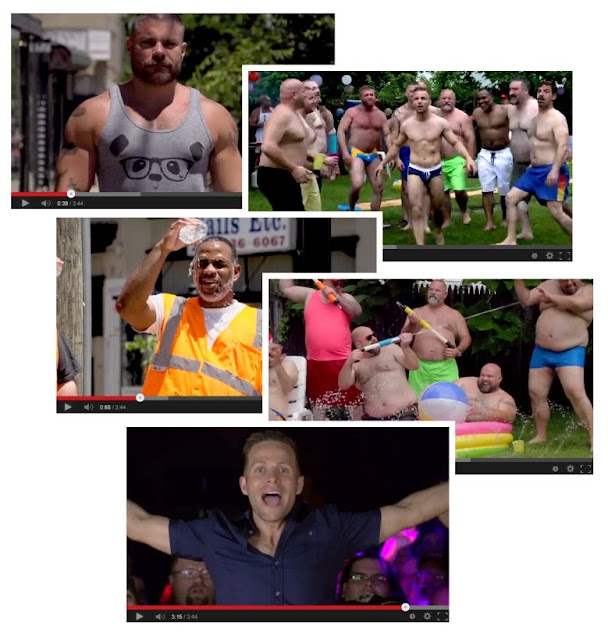 There will be more of my talk with Tom on my August OutRadio show. And, (shameless plug) I've been a supporter of the Bear Music Culture for quite a while, and did a special 6-hour show on it in 2007. 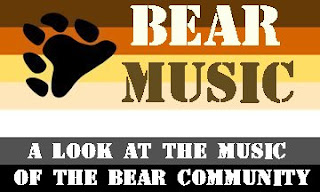