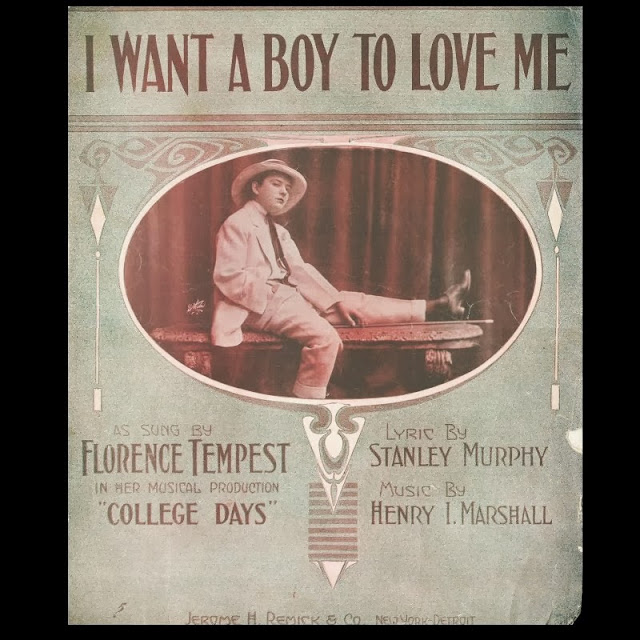 In the early decades of the last century, when people had pianos in their parlors, sheet music was one of the ways music was brought home, and regarding sales, nothing much has changed...performers were used to sell the goods. So their images often appeared on the sheet music covers to attract attention. One of the specialty areas of my collection is sheet music featuring female and male impersonators, and I have just about an equal number of both displayed on my site.

This week I got a new piece of sheet music by a male impersonator, so I want to share it, and it's by one of the most well-known, Florenze Tempest. She and her sister started out on the stage quite young, as a duo, Tempest & Sunshine, with Tempest always playing the boy roles. Under the stage name Florenze Tempest she flourished from around 1910 through the end of that decade, performing in musicals with the appropriate sheet music being sold. I am sharing the five different pieces I own. In the one above, my new acquisition, "I Want a Boy to Love Me" (1912), this plea is done in male clothing. And below "I Love the Ladies" was done just the same, though I think the audience was in on the joke. 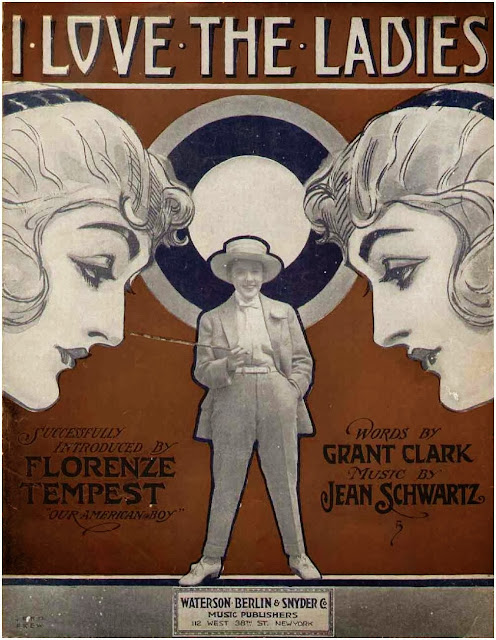 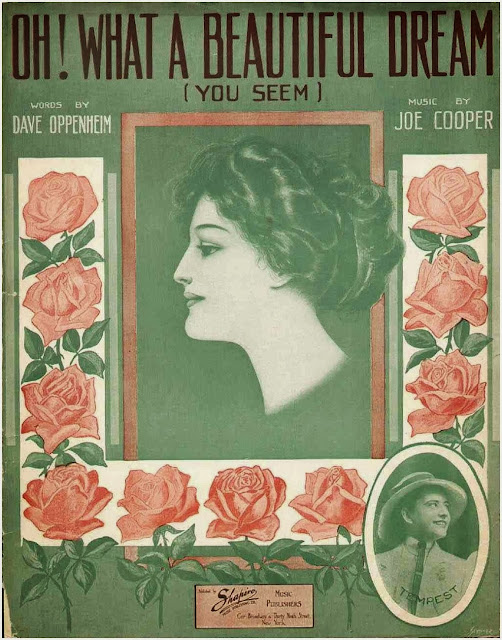 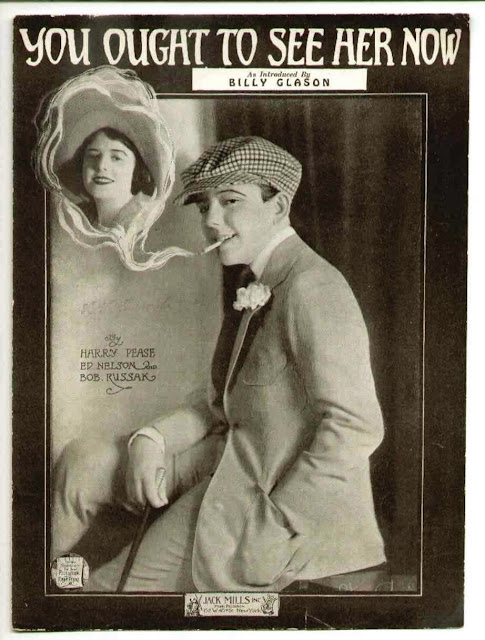 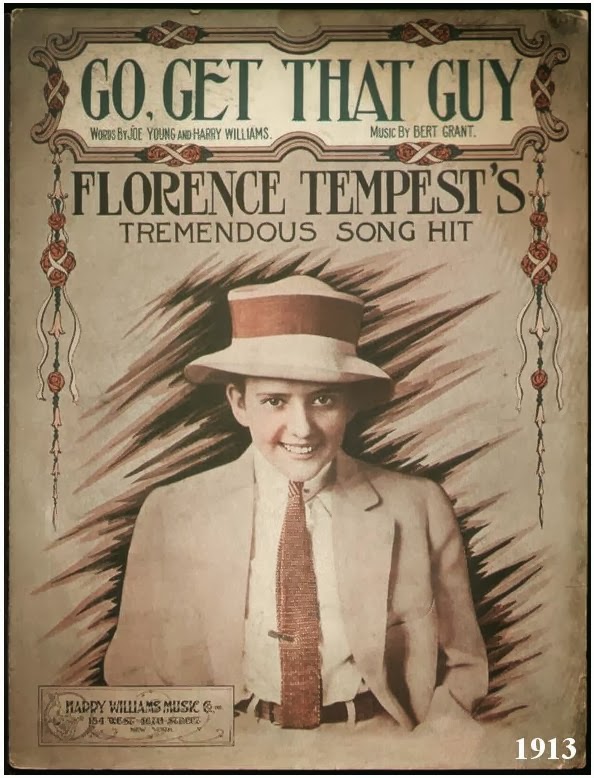