I spotted that title in an ad for an LP, and its lack of commas made it a bit more enticing...:)

David Kelsey was a very popular entertainer in San Francisco for many years, beginning around the mid-1960’s, billed normally as “David Kelsey at the organ.” I noticed his name in a number of ads in the publication “Vector,” from the early 1970’s, but never thought about him having released recordings of his music until I spotted an LP on eBay. I remembered the name and immediately bought it, but gee, the cover sold itself. Could that LP jacket cover be any more gay? 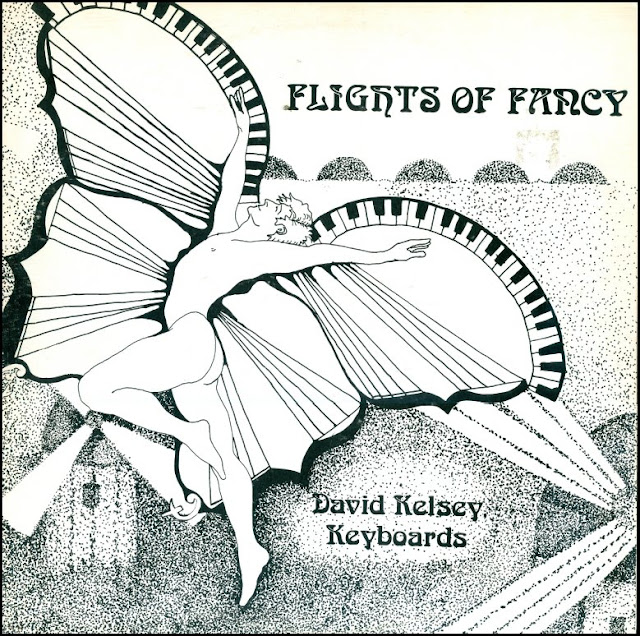 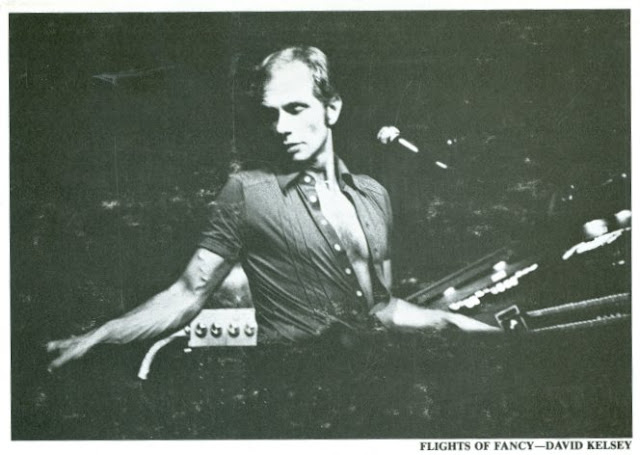 Digging deeper I found that in addition to his bar appearances, he was Music Director for several well-known revues, such as Charles Pierce at Bimbo’s (1971) and several shows starring San Francisco drag institution Michelle (late 1960’s). His “Flights of Fancy” album was from 1979, and a second album “Top of the Heap” was released in 1983. That one was with a band and was billed as “Dave Kelsey & Pure Trash.”

While our “take” today on organ music may be different, all the comments I’ve read about him on other websites rave about how entertaining he was and the element of showmanship he brought to his performances, often playing an organ and piano at the same time. For example, at one bar the closing song was always “San Francisco,” during which the bartenders always made sure the chandeliers were swaying. 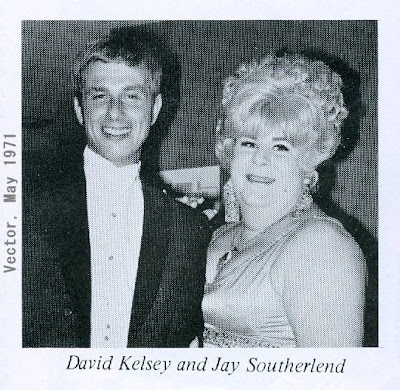 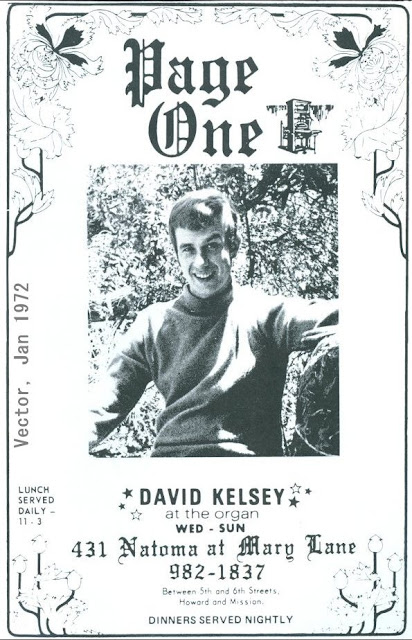 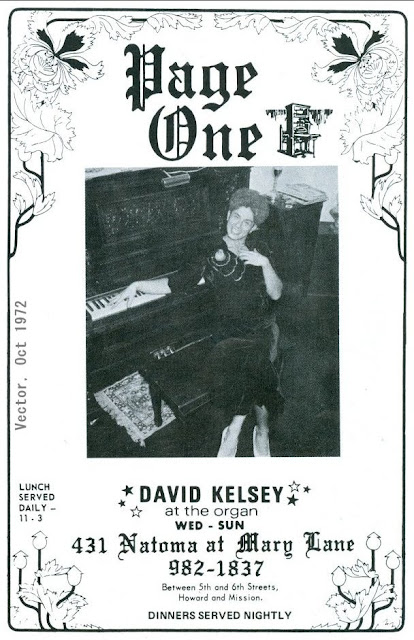 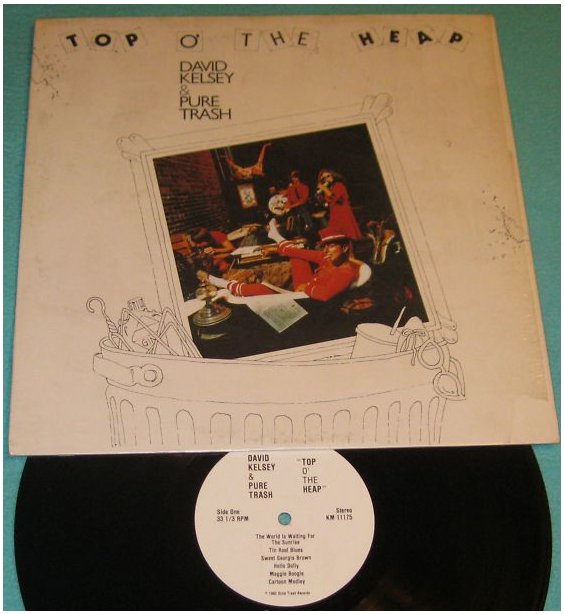