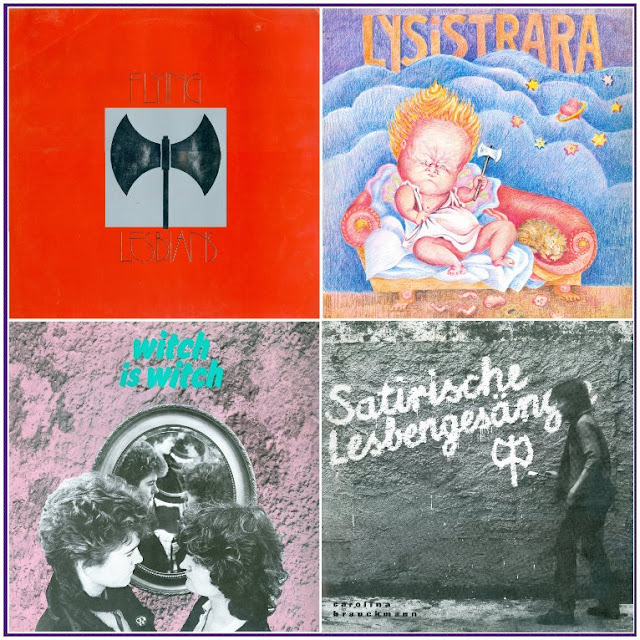 One of the segments of my current Queer Music Heritage show is “German GLBT Music,” and it’s a quick history, with all the songs but one sung in German. It was a fun show to prepare (and a lot of work) and one section I found especially interesting was on three German lesbian bands, and one solo artist:

The Flying Lesbians were (no surprise) the most out of these and the earliest, in 1975, and their album is the only one reissued on CD. It even contained a track sung in English.

Listen to “I’m a Lesbian, How About You?”

The second band I list called themselves and their 1979 album Lysistrara, named after the Greek play by Aristophanes, Lysistrata, in which the women had the power. Monika Jaeckel, from The Flying Lesbians, and Barbara Bauermeister, from Lysistrara, got together in 1979 to form the duo Witch Is Witch, releasing their album by the same name. And Carolina Brauckmann was also direct in her 1982 LP, “Satirische Lesbengesänge,” or “Satirical Lesbian Songs.” A gallery of complete liner notes, some with translated lyrics, for these four albums is found on the following link.

The Flying Lesbians, and More
*****
And, please check out my entire special QMH German show, Here 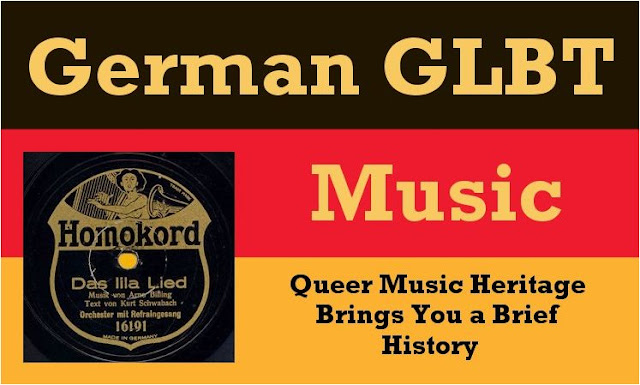