Songs of a Lesbian Anarchist


That’s the subtitle of Kathy Fire’s 1978 LP “Songs of Fire.” And her album is filled with rage, including the closing track, “Mother Rage,” dealing with rape. 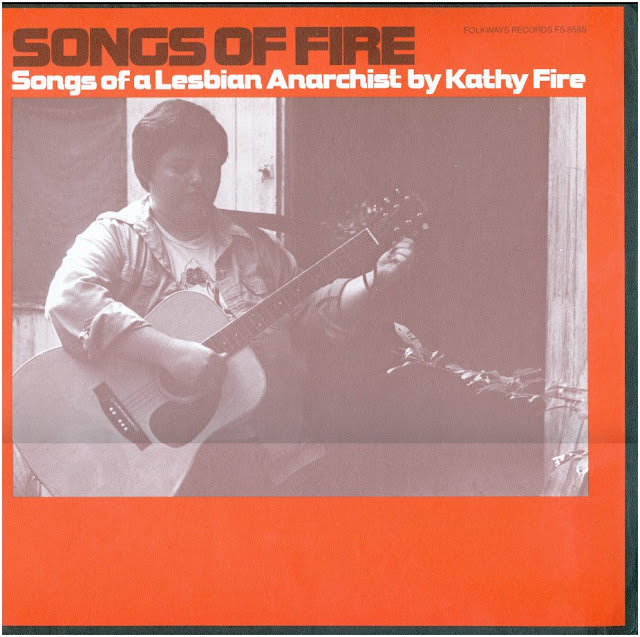 Kathy Fire's activism began early and she founded a chapter of NOW in South New Jersey, which led to her meeting many feminists from Philadelphia, and she heard the call to move there. After that move she help found the group Dyketactics, which quickly caught attention when they staged a sit-in in 1975, taking over the City Council offices, and being forcibly ejected by the police. More protests followed and Fire began writing songs about these causes. She told an interviewer from the Philadelphia Gay News that she recorded a cassette and sent it to every single women’s record company. And the only company responding was a male-run company, Folkways, which had a policy of allowing artists free hand. By the end of the 1970’s, she and lover, poet Barbara Ruth, had moved to San Diego. 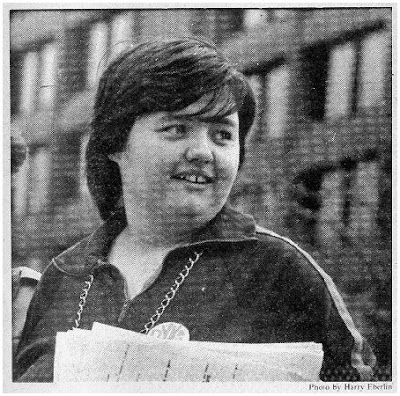 The song from the album of most interest to my queer website is “Crazy.” 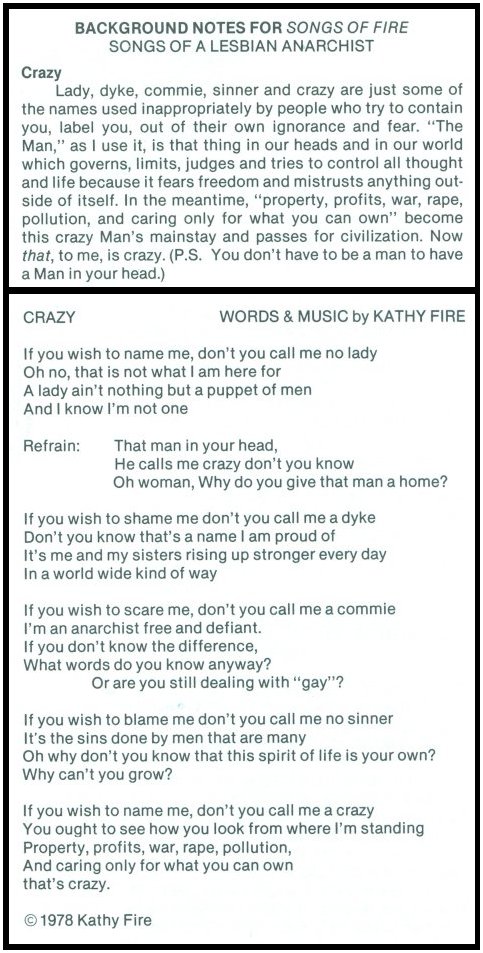 See the QMH Kathy Fire page for Lyrics and More

It is fortunate for historians that Kathy Fire chose Folkways. Its founder, Moses Asch, built his label as the “voice of the people,” and that included gay & lesbian artists. The label released six albums of this genre:

And from the Paredon Records label, also available is:
New Harmony Sisterhood Band - Ain't I A Woman? (Paredon 1038, 1977)

And in a wonderful endeavor, the Smithsonian Institute bought the entire Folkways catalog, and created the label Smithsonian Folkways, making all of it available for order online in CD or download format.
See http://www.folkways.si.edu/

If anyone has recent information about Kathy Fire, please contact me.
Posted by JD Doyle at 7:40 PM