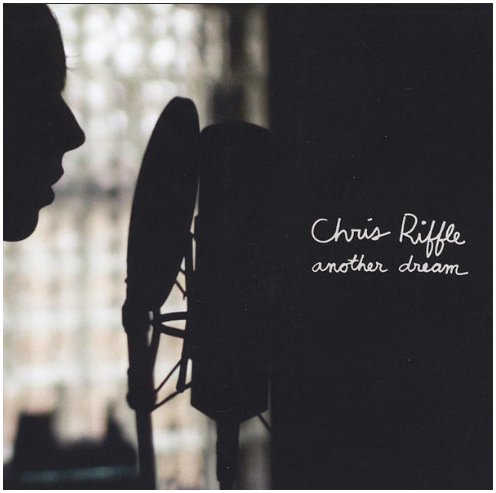 Though his first CD (“The Sun Is Up”) was released in 2003, I only found out about Chris Riffle a year ago, and immediately bought his other two recordings. Reading his bio, it sounds like a story from decades ago…he grew up in a one-room cabin in the woods, though those woods were not that far from Seattle. 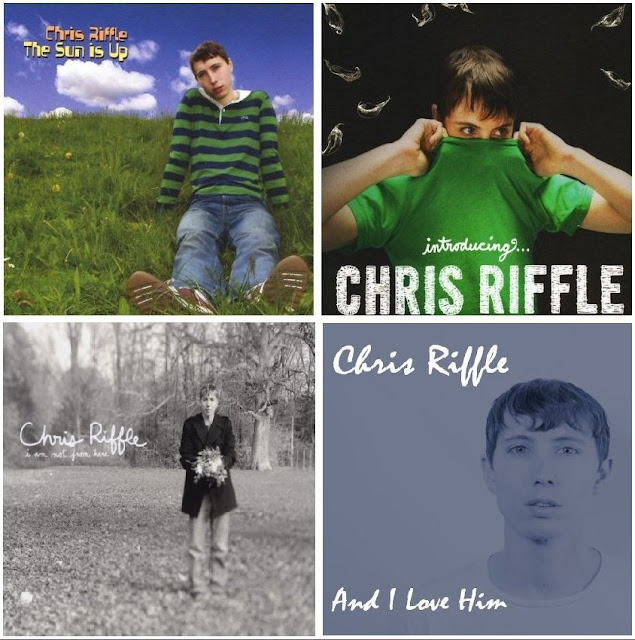 And, as there was no electricity it meant no television, so it gave lots of time for him to soak up a love for music from his folksinging dad. In college he started writing and recording his own songs. One of them, ”Wonderboy” made its way to being a local radio favorite, and I can see why. It and several of the others that eventually were on his 2003 album (mostly recorded in 1999) spoke clearly to me of gay teenage boy innocence. And how refreshing to hear that point of view. I can’t help but think that it would have meant the world to me if I could have heard a sweet boy-boy song on the radio when I was a teenager (yes, radio Had been invented by that time). Another fave of mine from that release was “5th Grade”…geez.

During the last few years, Chris has been living in NYC, and greatly stepped up his release of recordings. “Introducing Chris Riffle” came out in 2010, and his last two releases have been EPs, “I Am Not From Here,” last year, and his brand new one, “Another Dream.” And you can definitely hear the growth, in his singing and production, especially on the gorgeous Beatles cover of “And I Love Him.” Yes, he changed “her” to “him” and I love it!

Listen to "And I Love Him" 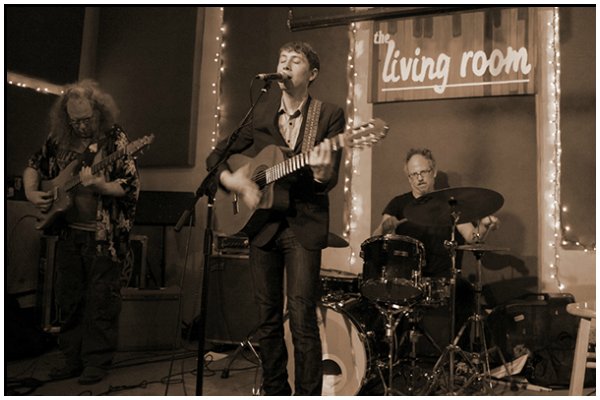 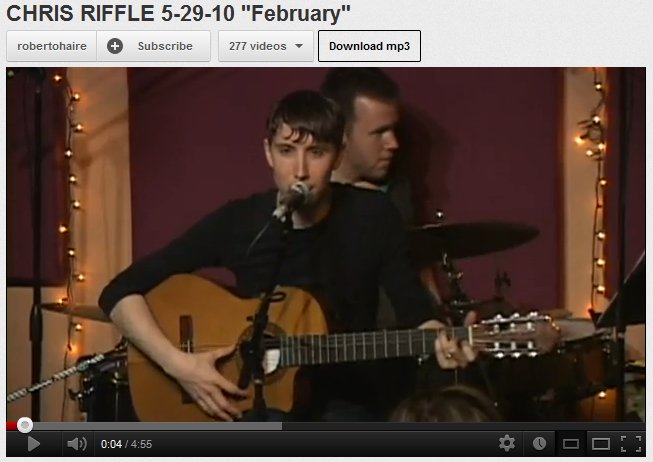 On Oct 7, 2012, I got to watch a house concert by Chris,
via Skype from NYC to my office in Houston, pretty cool. 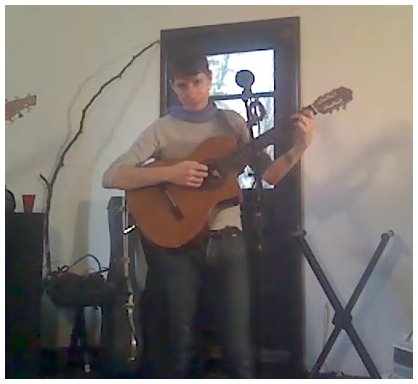