Brett Every Likes Guys, 10 of Them

Okay, that title is more inspired by the names of the first ten songs on his new CD, “Tales of Ten Men.” They are not all love songs, but some of them are, and they are all lyrically gay, which sure puts them down my street. 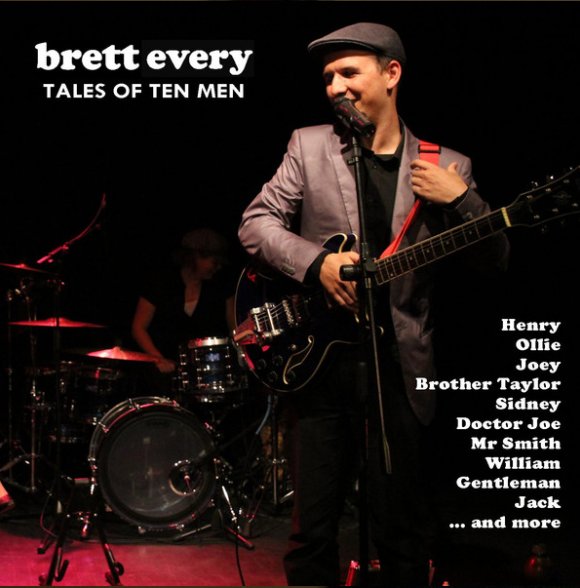 I like this artist a lot. He’s from Australia and I so adored his first two albums, “Camping Out,” from 2008, and his next one, from 2009, with the irresistible title of “Fairy Godmother’s Gone to Vegas.” He gave me a delightful interview for my April 2010 show, and in it he described his style as “a bit like Norah Jones drinking with Tom Waits in some smoky bar somewhere with Dusty Springfield on the jukebox, or something like that.”

I think that kind of fits, and there’s a dash of “troubadour” as well. Now that’s a word you don’t hear a lot anymore, and traditionally it refers to a wandering singer or minstrel, a story teller…and Brett’s stories are unique, sometimes poignant and humorous, and always thoughtful, with a voice that sounds like his heart is breaking. Some of my favorite songs from those albums are “Prince Charming,” “Mr. Smith” and “Devereaux.” 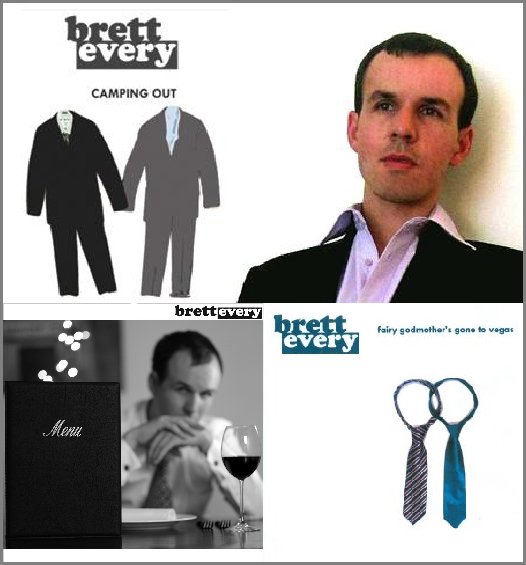 His next album, “Menu” continued the pensive journey and this time he gave us a wonderfully creative video to go along with the song “Man Walks Into a Bar.” 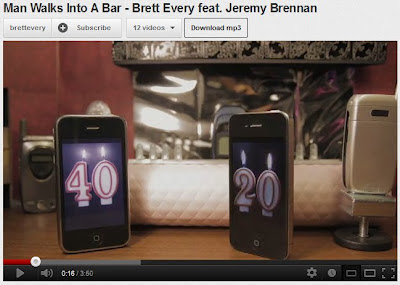 Again the new album is called “Tales of Ten Men” and in addition to those ten songs there are some exquisite additional tracks, with one celebrating the wedding of two men, well, the way it should be celebrated. It’s called “What a Beautiful Day,” and there’s a video for it.
View the Video 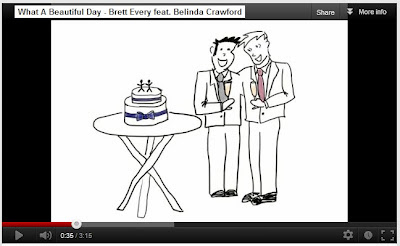 I have to mention another bonus track, “My Christmas List,” and it’s one I was delighted that Brett allowed me to showcase as a world radio premier, on my December 2010 Xmas show. It's got a theme I'm sure I've never heard before, about a six-year old boy sort of complaining about not getting what he wants for Christmas, every year, even though he's been very good. Now, it's not mentioned what he did want, but what he did not want included boxing gloves, toy trucks and guns, and balls and bats. 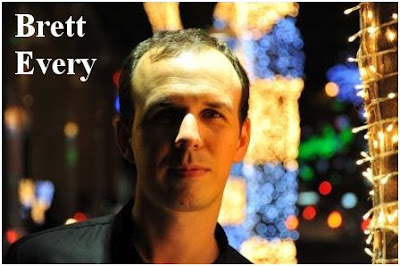 I encourage you to check out Brett’s songs. I think you’ll find quite them fresh and oh so interesting.