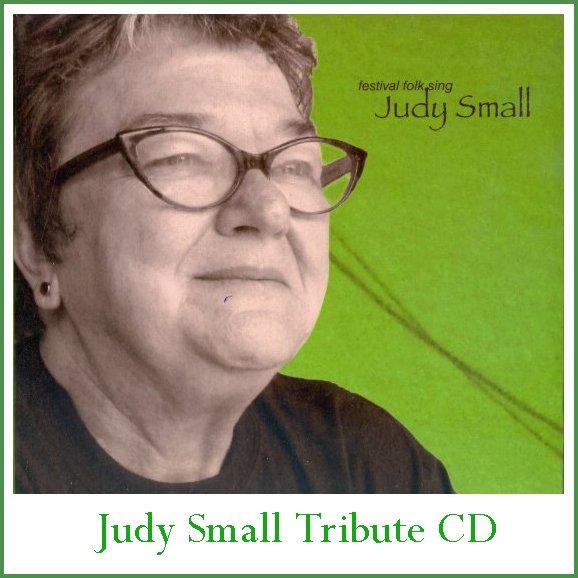 Judy Small is an Australian folk legend, and an openly lesbian one. Her music works commenting on social justice over the last thirty-plus years made her an icon in that country. And this year she received a couple of very deserved honors. The above various artists CD was released to honor some of her musical treasures, with contributions from an Aussie who's-who of folk artists.

And, now she's...pardon the easy humor...Judge Judy. See the announcement below. 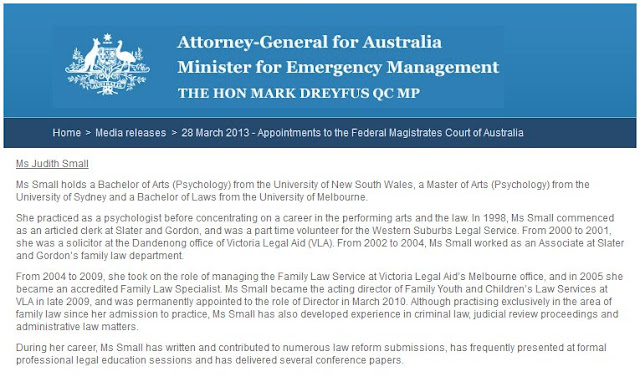 If the script is too small for your browser, in short she and one other were selected out of 82 candidates for appointment to the Federal Magistrates Court of Australia. 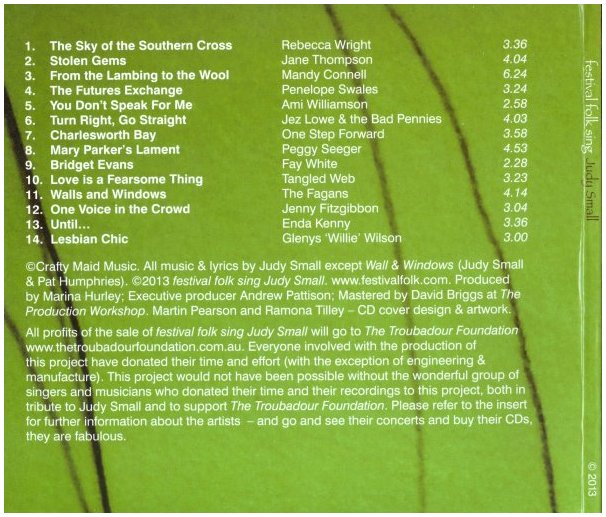 But, of course I want to tell you more about her music, and more about the tribute CD. It's part of a new series of compilations, with others honoring Bob Dylan, Eric Bogle and Joni Mitchell, so Judy is in very good company. One of the lesbian-themed songs included, was done by Glenys 'Willie" Wilson, who performed in the duo Willie & Fleur. 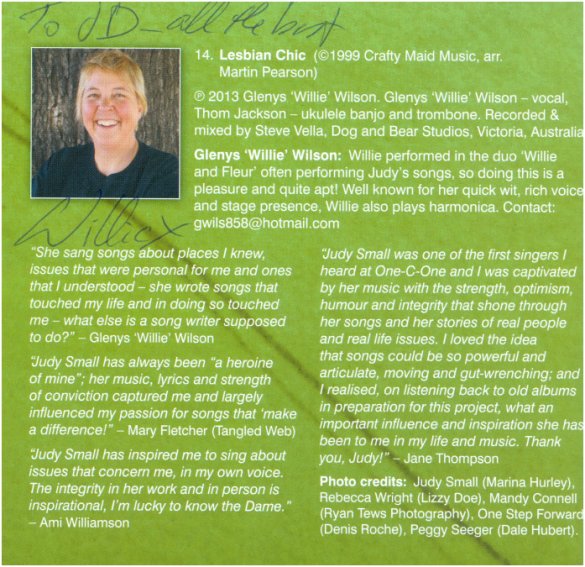 Hearing that, I naturally need to mention my favorite Judy Small release. In 1993 many of her fans got together and sponsored a recording intended to gather her gay-themed songs, and it's a wonderful collection, one I consider a must. It was called "Let the Rainbow Shine." 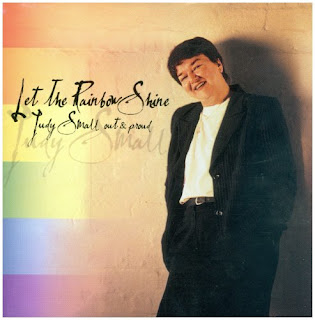 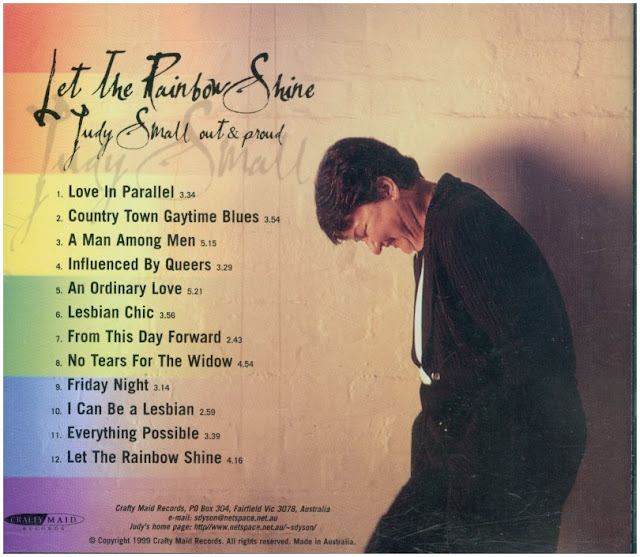 At my site I've set up an Extensive Judy Small Discography

and in 2002 she gave me a delightful interview 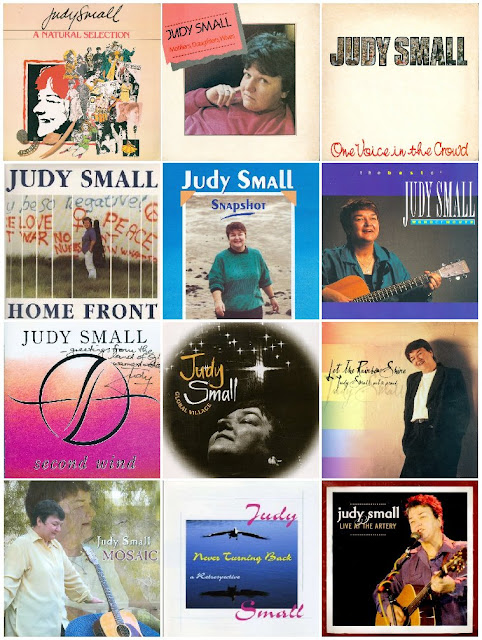