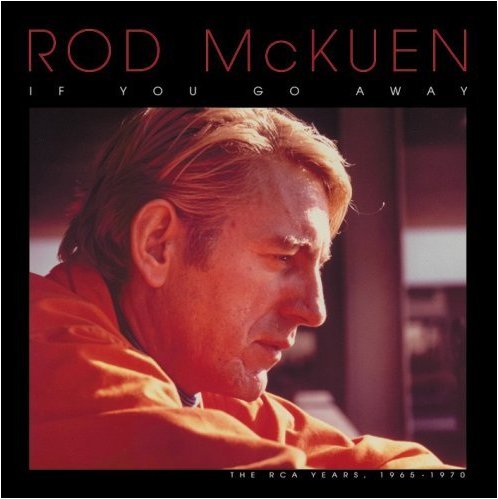 The title sums it up as succinctly as I can, though I perhaps took some liberties saying "drag queen hustler." Hustlers who used to wear dresses describe it better. In the 1960's Rod McKuen was one of America's best selling poets, and his LPs of poetry and songs sold millions. A 7-CD very deluxe box set was released in 2006 called "If You Go Away: The RCA Years 1965 - 1968," and if you have around $200 it can be yours.

But I'm not hawking CDs, I'm writing about one very unusual previously unreleased demo track the box set contained. It was called "The Money Boys of Cannes" and  was written by McKuen, and he and Glen Yarborough recorded it, in 1966. It's been quite unusual for McKuen to address in song the subject of being gay at all, not to mention those gay hustler boys. 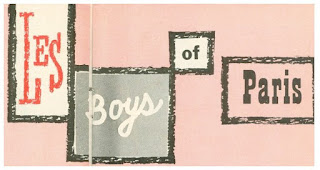 A friend sent me this track today, and by a bit of serendipity I had just this week received a magazine I had purchased with an article about that very same thing: "Les Boys of Paris" with the subtitle "The Sodom of the Seine is the New Playland of the Gay, Gay Set."

The article is quite biased, implying that the female impersonators of Madame Arthur's and Le Carrousel were hustlers instead of the professional entertainers they were, but that didn't make good copy in 1957. 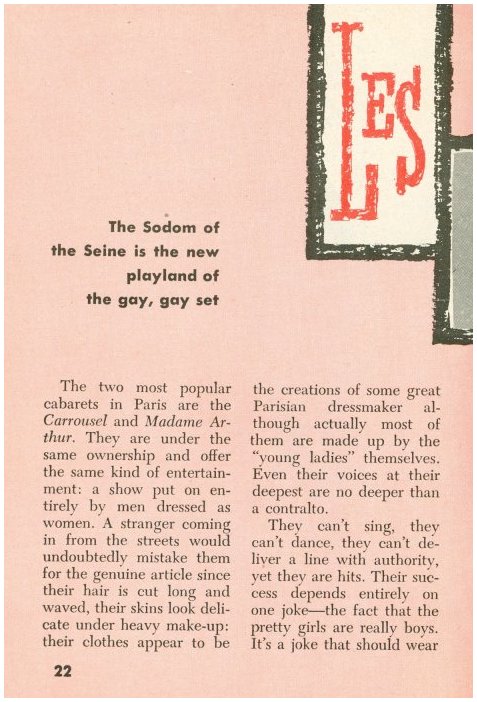 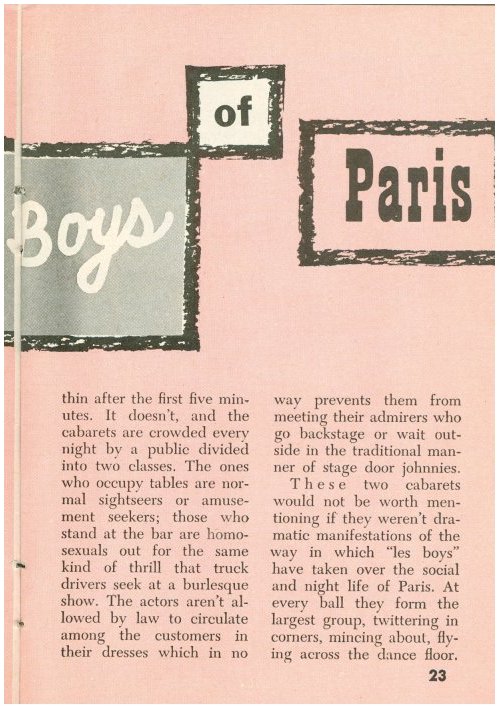 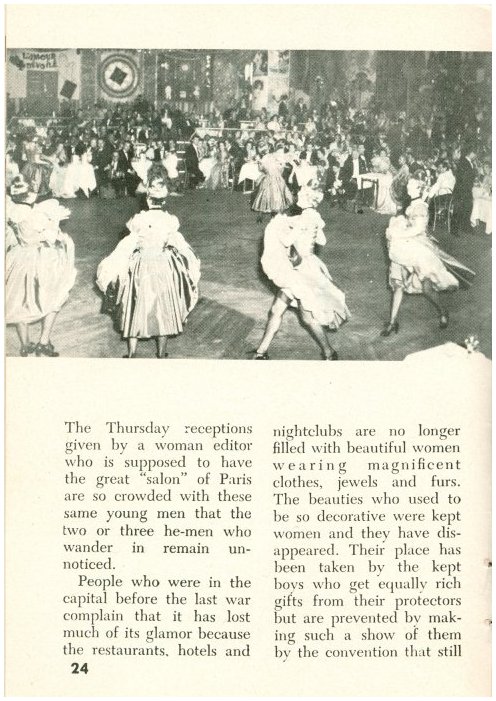 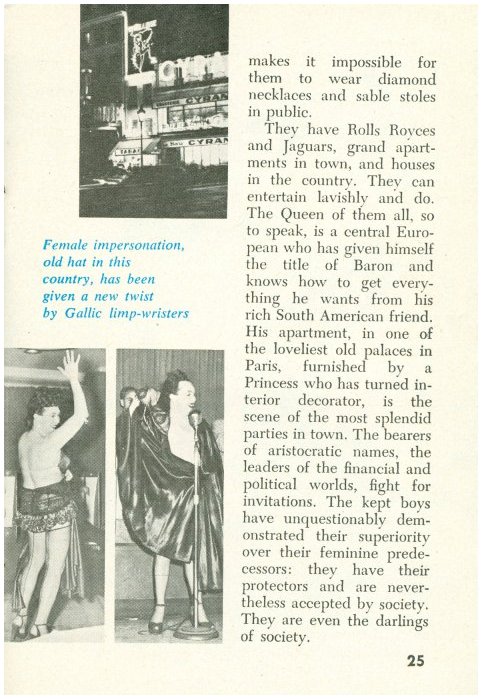 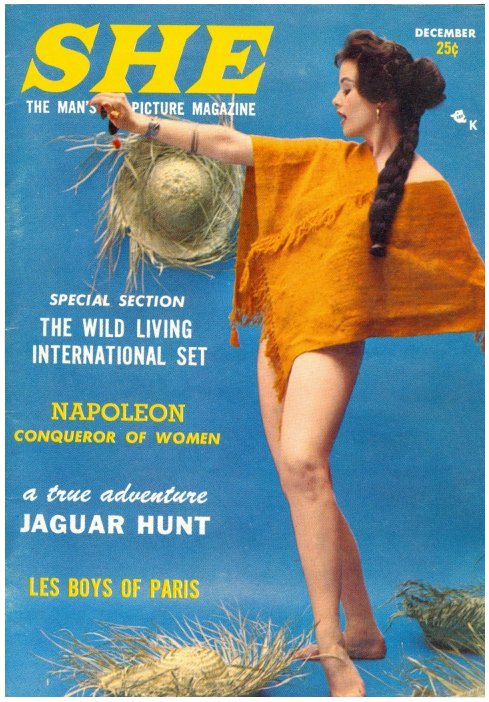 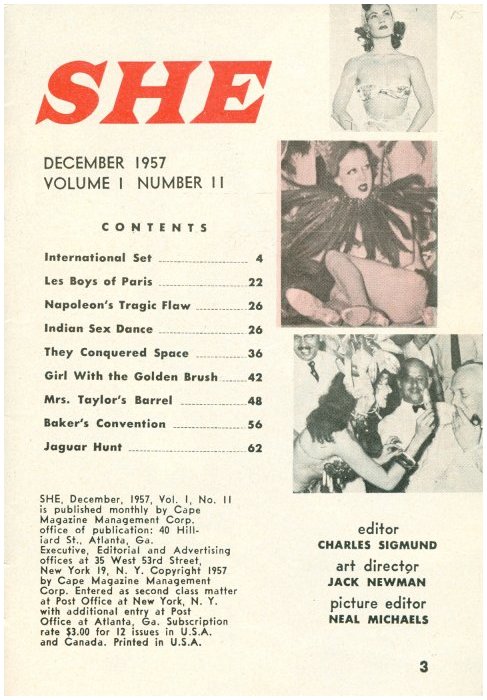 The article mentions the famous Paris clubs, Madame Arthur's and
Le Carrousel, and I have extensive sections on them on my website.