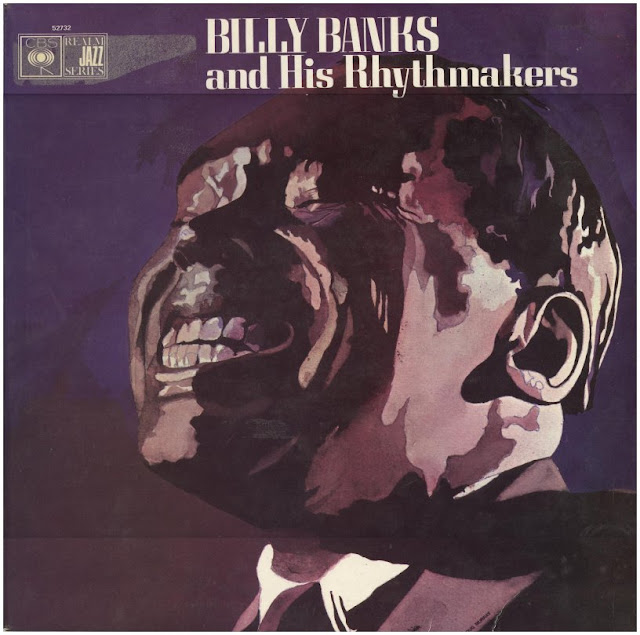 Billy Banks (1908 - 1967) was an American jazz singer popular from the 1930's through the 1950's, though he is perhaps best known for the folks who at different times happened to be in his bands, like Red Allen, Tommy Dorsey, Pee Wee Russell, Eddie Condon, and more. It's also been reported that he dabbled in female impersonation. But the song that Really caught my attention was the one with man-on-man lyrics, "Oh Peter, You're So Nice," from 1932. Who could resist a guy singing to his, or someone else's peter..:) 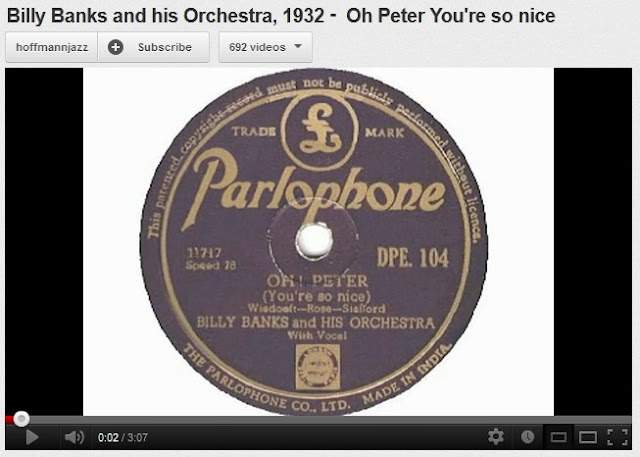 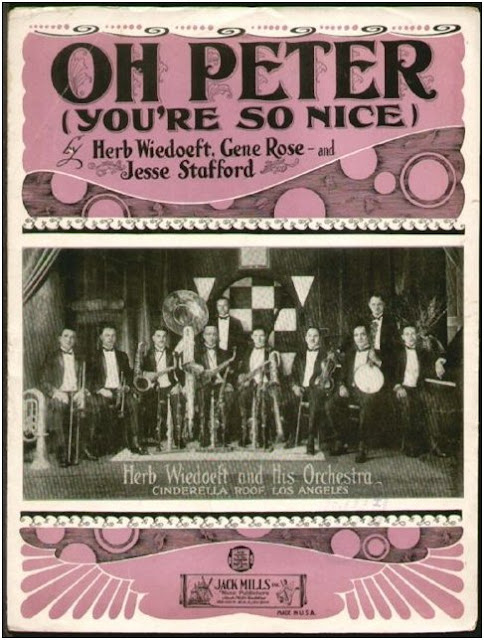 Above, sheet music for the song, below CD compilation 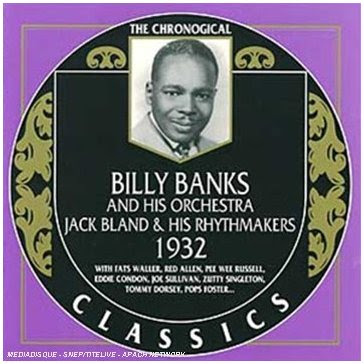 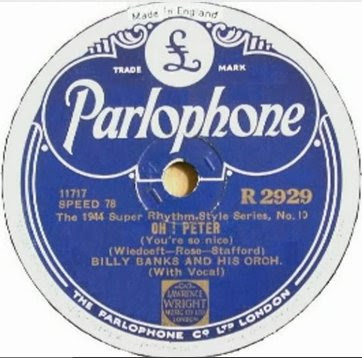 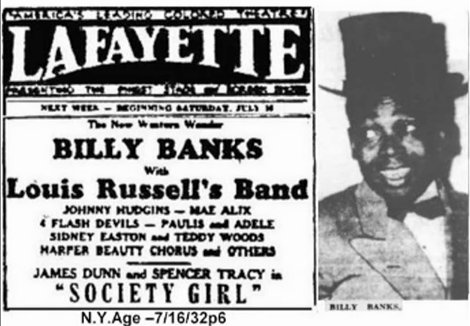