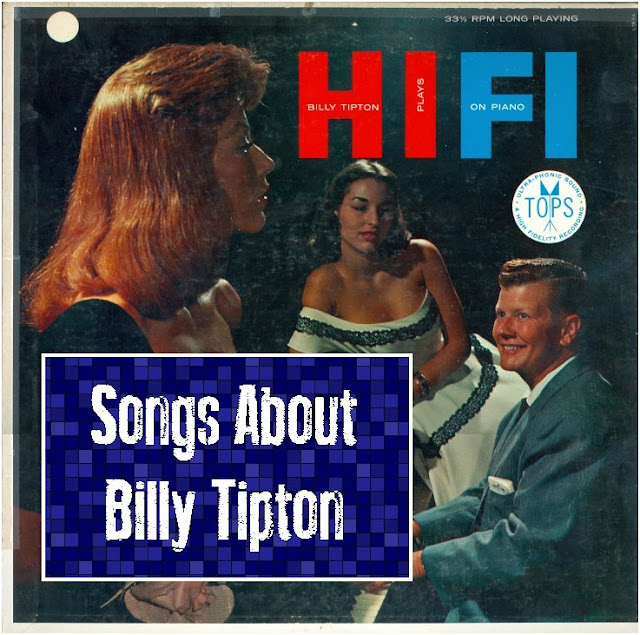 Billy Tipton was a jazz musician who achieved only modest regional success in the 40's and 50's. His career included live radio shows with Big Bands and evolved into jazz quartets and trios playing in night clubs. In his 74 years, in addition to being a band leader and a booking agent, he was a husband 5 times and adopted three children. After he died in 1989 in Spokane, a coroner revealed that he was much more, and the mysterious story ran wild on the wire services: Billy Tipton was a woman.

It seems that Tipton's decision to adopt a male disguise was likely motivated, at least at first,
by practical reasons: It was the depression, people were desperate for work, and it was
especially difficult for women to get work playing in jazz bands. So, at 19, Dorothy Tipton began cross-dressing to get a job in a band. She cut her hair, put on men's clothing, bound her breasts and re-christened herself Billy Tipton, eventually fooling 5 wives and the world for more than 50 years. Tipton left no letters of explanation, so we can only speculate on what drove her, but we can learn much of what there is to know from a biography by Diane Wood Middlebrook called "Suits Me: The Double Life of Billy Tipton."

While I felt it necessary to give that short history in case some had not heard it, this blog entry is really concerning Songs About Billy Tipton, as the legend inspired a few songs. And the first was from Phranc, known as the "All-American Jewish lesbian folksinger." The sound clip begins with Phranc talking about the song, taken from my QMH September 2005 interview with her. 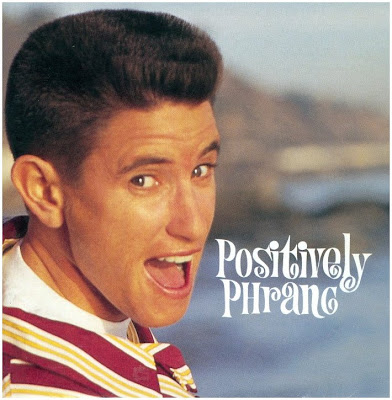 Jill Sobule's song remains unreleased, but is not difficult to find on the web. And the heavy metal "Legend of Billy Tipton," by Video Dead I guess is a tribute; I often have trouble understanding lyrics in that genre. 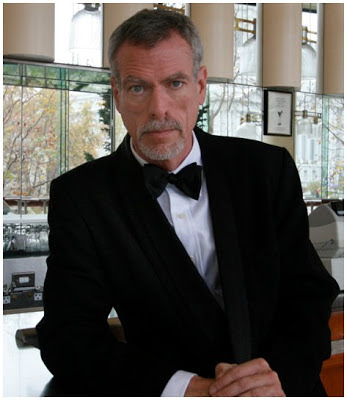 Steve Schalchlin (with lyrics by Paul Zollo) wrote "Brilliant Masquerade" about Billy Tipton, and it's already been recorded by two choruses. He's well known for the musicals written with his partner Jim Brochu, such as "The Last Session," and "The Big Voice: God or Merman," and his solo project "New World Waking." 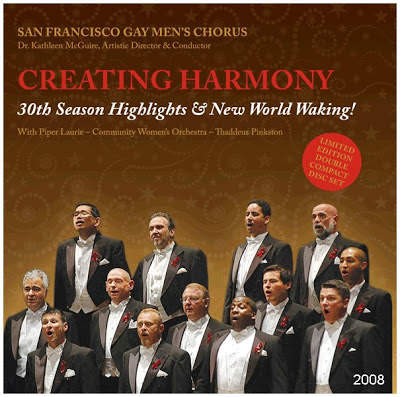 The most recent song is by a self-proclaimed Diva, known as Pasheen.
It's called "Cross Dress," and is from her 2011 CD "The Big Purr." 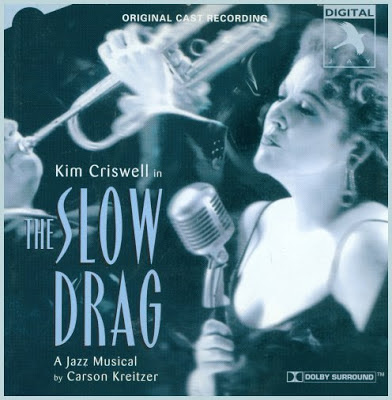 "The Slow Drag," was a 1998 musical starring Kim Criswell, and included jazz standards (no songs about Tipton). It had a plot inspired by Tipton's story, with the lead character named Johnny Christmas. Of course just listening to the CD gives no sense at all of the story you could see during a performance.

The Billy Tipton Memorial Saxophone Quartet was a Seattle area band taking their name to honor Tipton. Under that name they were active from 1989 through 2002, when the name was changed to Tipton's Sax Quartet. Founding members included Amy Denio, Jessica Lurie, Marjorie de Muynck, and John Otto.

As a side note, at the time of its founding Otto was named Babs Helle and performed with them until 1990. Per Wiki he coined the group's name, and has gone on to become a transgender activist. Pam Barger (earlier of Two Nice Girls) played drums on at least two of their early CDs. In their career under both names they have released ten albums. I have only three in my collection and do not know if any songs on other CDs were actually about Billy Tipton. 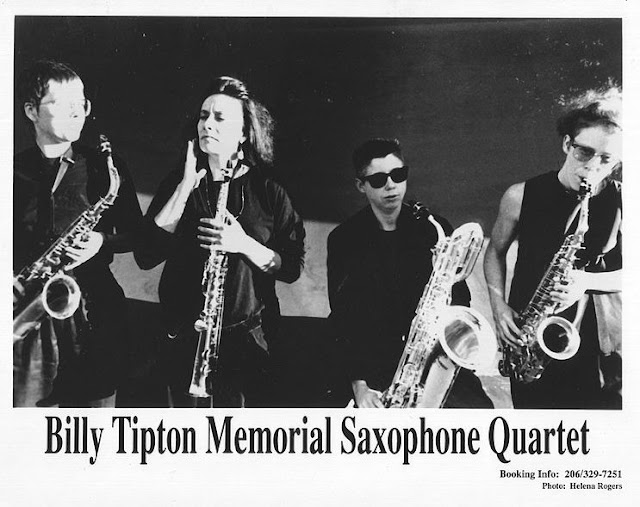 And, for more info I recommend Diane Wood Middlebrook's book "Suits Me: The Double Life of Billy Tipton." 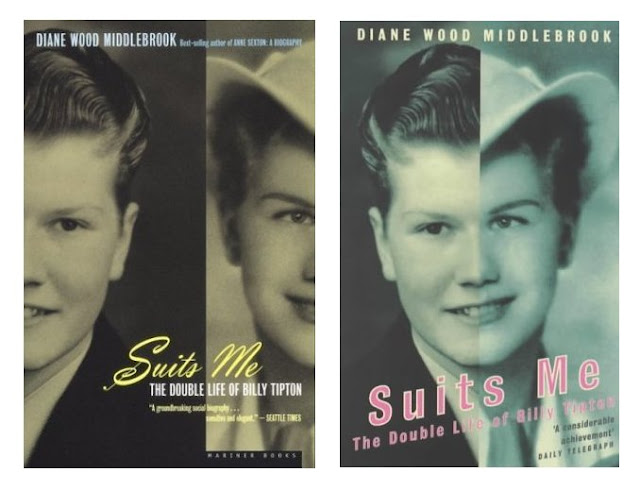 Please check out my QMH Tribute Page for MUCH more on Billy Tipton.