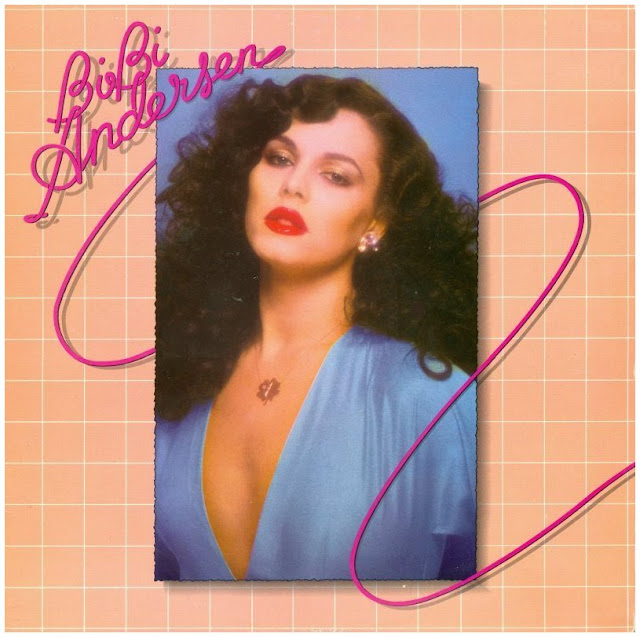 Bibi Andersen is a Spanish transsexual actress, singer and model who parlayed her sex change in a career in film, including appearing in films by Pedro Almodóvar. Born in 1954, she grew up in Malaga and moved to Barcelona to find her success. It was her first film though, "Cambio de Sexo (Sex Change)," in 1977, that provided her the celebrity to also release an album and several singles.  And, of course that she had recordings is what caught my attention.

Her only LP, in 1980, was just called "Bibi Andersen" with the songs about evenly split between sung in Spanish and English. "Call Me Lady Champagne" got a single release, as did "Sálvame," and you can hear those below, along two others that caught my fancy, "Girls Will Be Boys," and a cover of the Herman's Hermits song "I'm Into Something Good." All are on the album, and she had one other single, not in my collection, called "Canto," in 1982. Listen to: 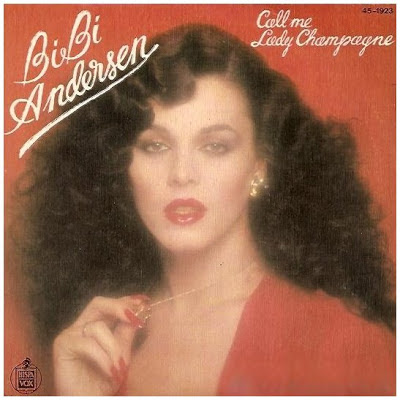 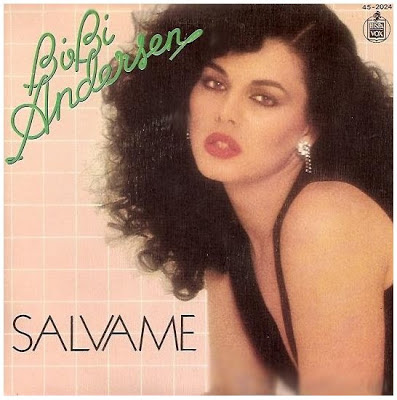 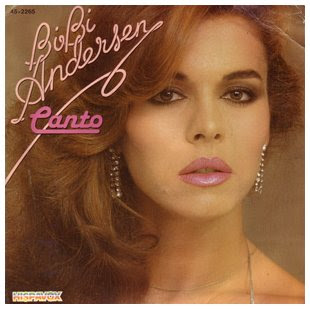 Here's a small online photo gallery tribute to her.
and if it's your thing, google can find you nude photos of her 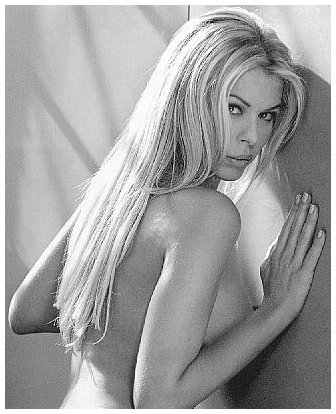