Fans of jazz know Billy Strayhorn as perhaps the genius behind Duke Ellington, and their collaboration lasted almost three decades.  The classics “Take the A Train,” “Lush Life,” Satin Doll,” and others are among the masterpieces of that relationship. Strayhorn seemed content to stay in Ellington’s shadow and perhaps that enabled him to be as openly gay as he was in those times, the 1940’s. 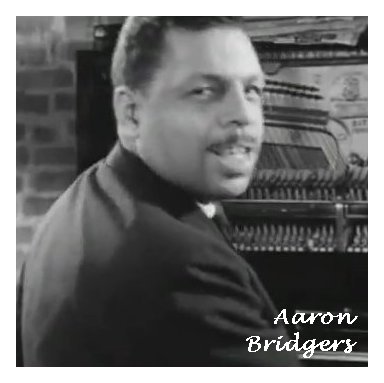 And this is my introduction to another jazz musician, Aaron Bridgers. I admit he attracted my interest because he was lovers with Strayhorn, from around 1939, until 1948, when Bridgers moved to Paris for a music career there. His recordings were not numerous and are quite rare, and it took me around a year to find what is probably his only album as a solo artist. It was released in France in 1950 and includes works by Gershwin, Ellington, and of course Strayhorn. I have set up a special page of my website where you can listen to several of the LP's tracks. 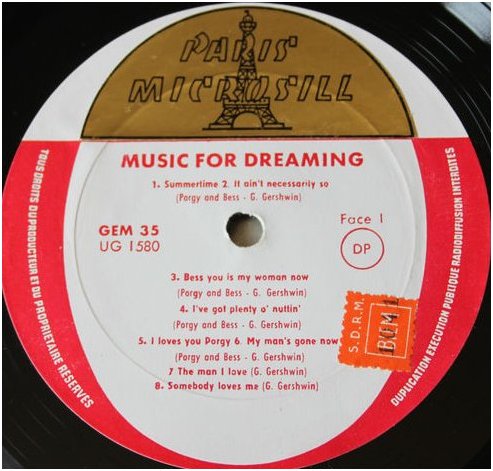 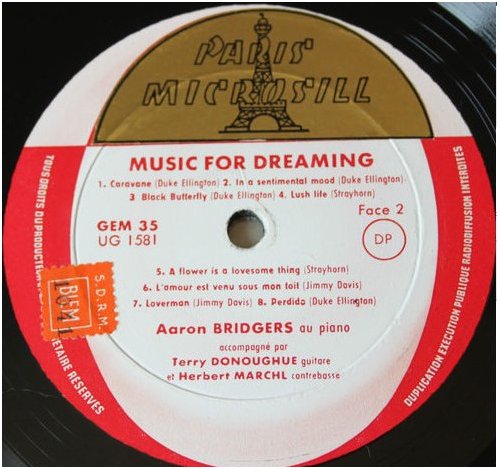 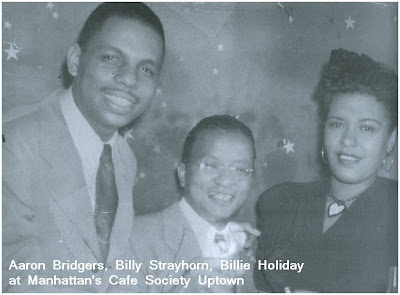 The first photo at the top is a screen capture from the
1961 film "Paris Blues," in which he has a small role 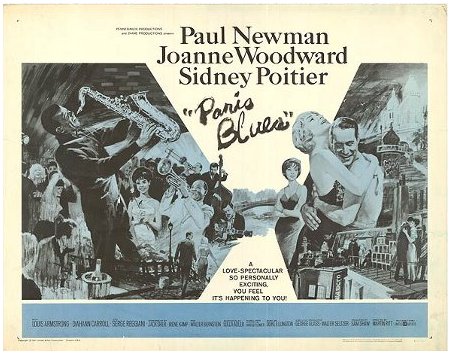 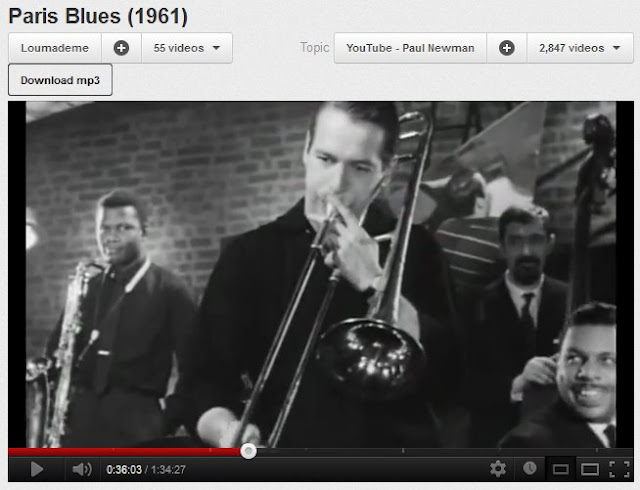