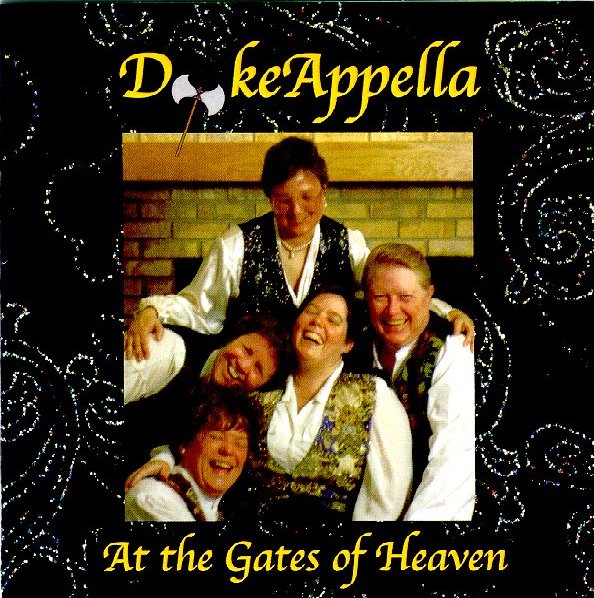 As I produce a show called Queer Music Heritage, you might expect that I love to honor the work of artists & musicians who did great work, but just did not, in my opinion, get the credit or exposure they deserved. The group DykeAppella fits that description, and they did it with only one album released. Out of Madison, Wisconsin, and recorded in 1997 the album "At the Gates of Heaven" I think is simply wonderful. I love harmony and also very out-of-the closet music, so this CD was for me a given. I plucked four songs from it and put them into a video slide-show medley:


Sit on My Face  (source unknown; but a definite crowd-pleaser; a hidden track on the CD)

I am especially pleased that they included on the CD Judy Reagan's song "Hollywood Haircut," as it honors the work done by lesbians in the 40's-60's, paving the way.

You can own your own copy of the CD by visiting Amazon.


You can hear more audio samples at this page of my site:


for more information about the history of GLBT music. 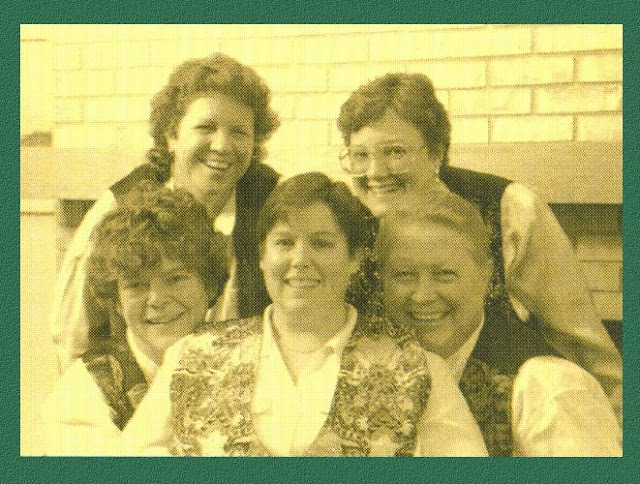 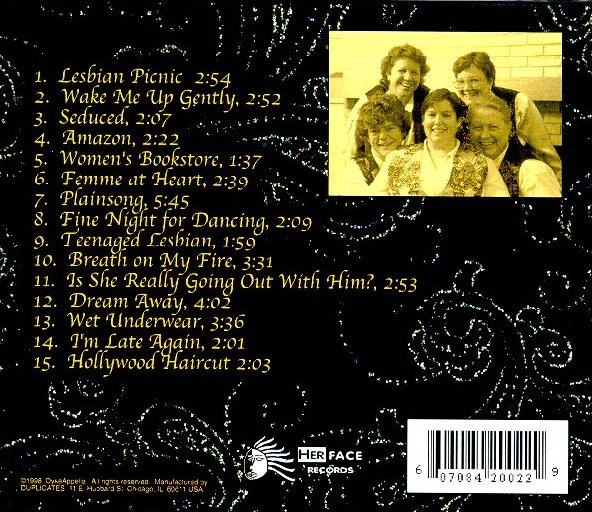