Ah, as RuPaul is now in the fifth season of RuPaul's Drag Race, let's look back on a fabulous career, with scores of recordings, television and film appearances and success no one could have predicted. No, let's look back to the beginning, to 1985, and to her very first 12" EP release, called "Sex Freak." And I found a video of her performing the title track live...you better work! 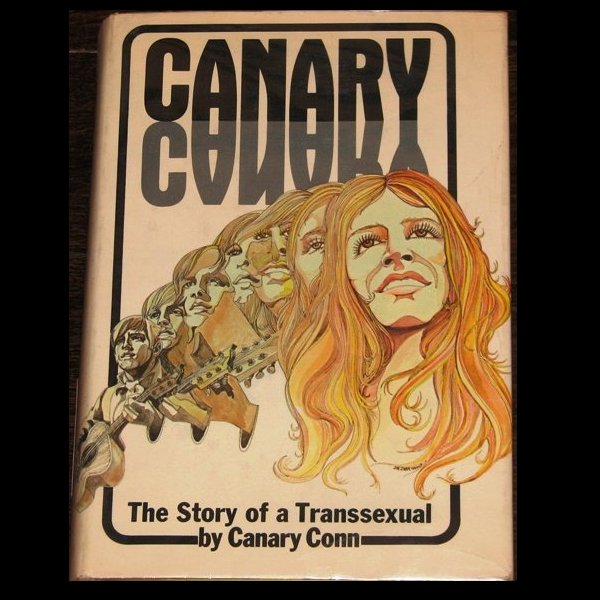 The recording I am talking about today is the earliest in my collection by an artist who later transitioned, in this case, from man to woman. Yes, I have older ones, by Christine Jorgensen, Bambi, and others, but their singing efforts were all after they became known as transsexual. 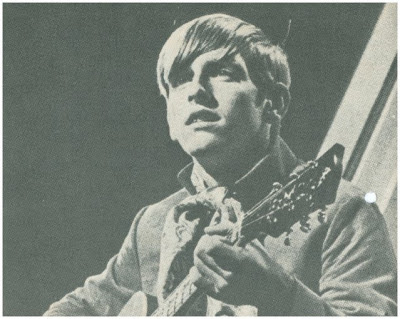 Danny O'Connor became Canary Conn, and both have interesting stories. Danny grew up in San Antonio, Texas, and from a young age wanted to sing professionally. He got his break early, at age 18, by winning the nationwide contest "Super Teen: The Sounds of '68." He won best male vocalist, and a contract with Capitol Records, and in 1969 a 45 with two songs was released, "If I Am Not Free" and "Can You Imagine." 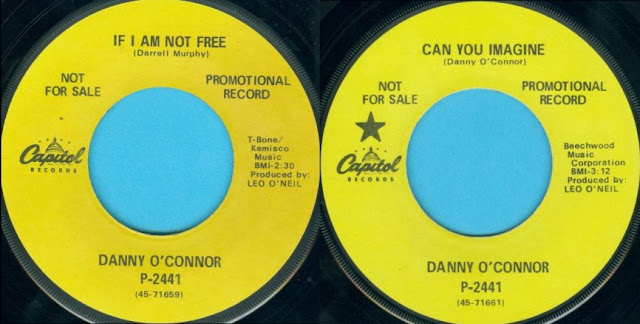 or watch a video slide show 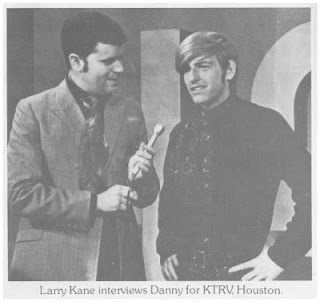 The 45 did little, but in promoting it he did net appearances on national teen music shows, including "The Larry Kane Show," on KTRK in Houston. He also acquired a wife (August 1968) and son along the way. The journey would get tougher though, right away. Within five years he would attempt suicide, go through a divorce (September 1970) and be denied contact with his son. And at age 23 he would transition, and take a new name, Canary Conn. Canary went public at this point, 1974, writing an autobiography "Canary: The Story of a Transsexual." Back in the spotlight, she appeared on such talk shows as The Merv Griffin Show, and Tom Synder's show, "Tomorrow," and on "The Phil Donahue Show," with the additional publicity yielding the paperback version of her book.

And then the story pretty much stopped. I found on one blog someone saying they had "heard" Conn died around 1984, but nothing to back that up. A friend, with a subscription to Ancestry.com, could not find any death verification. Other than places to buy copies of the book, there is actually very little on the internet about Canary Conn. If anyone has recent information (as in, after 1975, please let me know) 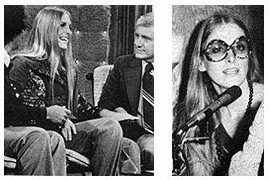 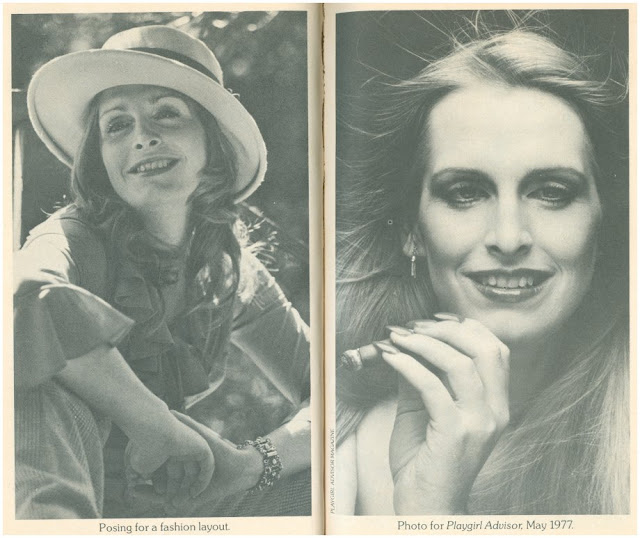 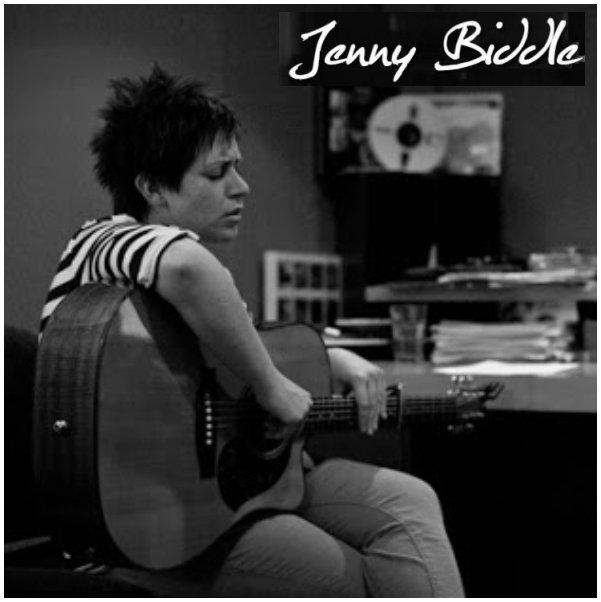 It's so nice to start the day totally enchanted by the music of an artist new to me, so I have to immediately do this blog entry to share that with you. You see, I have  music columnist friend in Australia, Sue Barrett, who keeps me informed on lesbian artists I may not of heard of from that country, and this one's a winner. Her name is Jenny Biddle and she's sure not a secret in that country, having won a number of music awards recently. Her third album, "Hero in Me," is coming out in March, and you can already (from her site) download a free track from it, and hear full versions of several others. Actually, there are eight tracks you can hear from her three releases and this morning I listened to every one, loving her more and more as I went through them.

I suggest you start with the very openly gay title track, "Hero in Me," from the new one, and then perhaps go on to (the also lyrically gay) "Don't Mind," or the stunning cover of Michael Jackson's "Billie Jean," from her 2012 CD "Little Treasures." And then there's "Chest of Drawers," from her 2009 album by the same title. Those four should be enough to get you hooked. 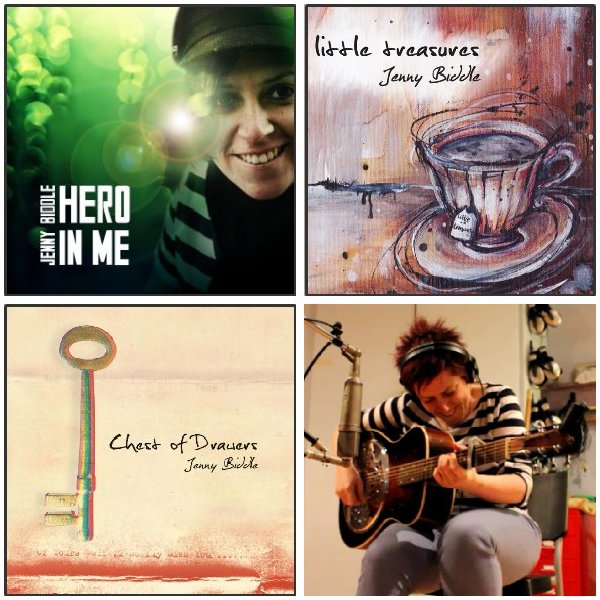 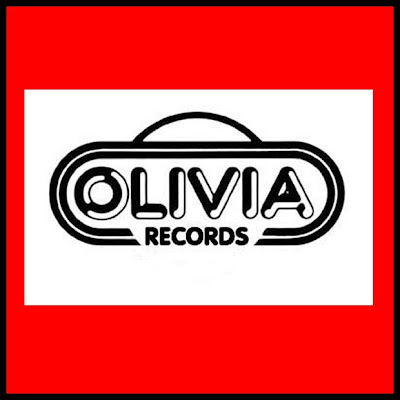 Last month I posted a video I created that was a tribute to the 40th Anniversary of Olivia Records, showing images of every LP, 45 and CD the label produced. And today, a friend who actually got to go on this dream cruise send me a link showing the musical finale. It's the appropriate "Song of the Soul," from Cris Williamson's iconic "Changer and the Changed" LP (1975). I can spot many of the singers, such as Cris, Meg, Teresa, Dianne, Suede, and also many I'm not sure of...check it out.


And again, here's a link to my Tribute Video

"My Wife and My Best Friend's Girl" 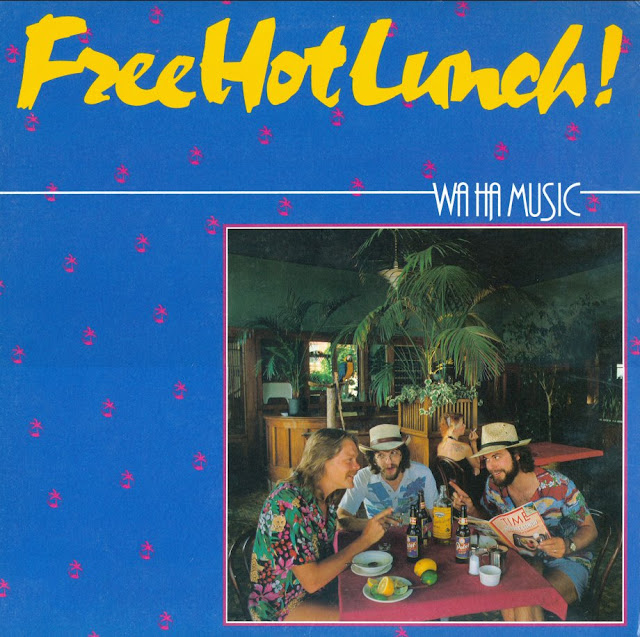 Here comes another I-Lost-My-Woman-To-Another-Woman Song, and that sort-of genre was popular in Country Music, mostly in the 1990's. But these guys aren't Country and perhaps lean more toward "Margaritaville," (just look at them). The album was named "WaHa Music," from 1988, and they called themselves Free Hot Lunch. The song that caught my ear is not like the rest on the album anyway. It's "My Wife and My Best Friend's Girl," written by group member John Corning. He and Jeff Berg and Jeff Laramie have fun with it, with humor and a Shangri-Las inspired arrangement, all done in less than two minutes. You'll see what I mean.


Listen to "My Wife and My Best Friend's Girl"

Thanks to one of my listeners, Charles F, for tipping me off to this song.
Posted by JD Doyle at 12:06 PM No comments: 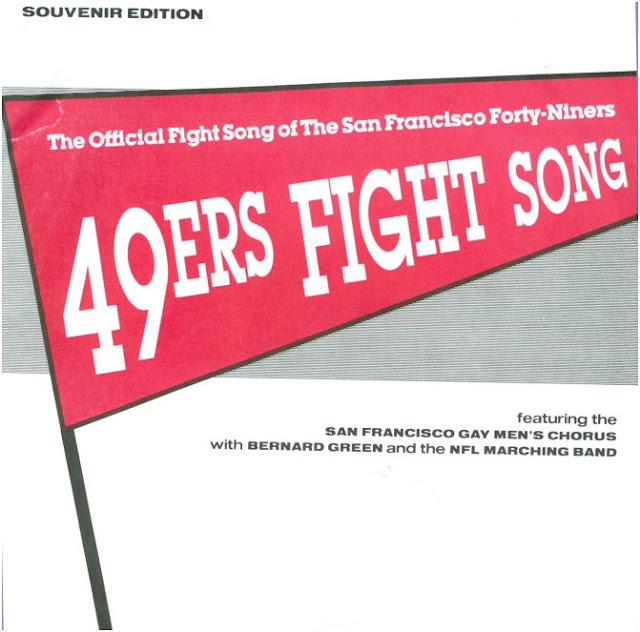 Okay, I hate football....but I do not discriminate, I hate all sports, and only watch sports once every four years (Summer Olympics: men's gymnastics, swimming and diving). So you would hardly expect me to blog about the Super Bowl, when I almost never even know who is playing, and then it's by accident and I forget immediately. But this blog is about Gay Super Bowl Music, sort of.... And I have the perfect song to feature, and then, one not so perfect....

Somehow, in 1985 the San Francisco Gay Men's Chorus recorded the "49ers Fight Song," and it of course came out on colored vinyl, clear yellow. Someone posted it to YouTube, so I'll refer to it there.


This YouTube version includes the flip side, not involving the SFGMC. It's "Spirit of America" by Razzberry Reynolds, and the Big Top Circus Concert Band. It starts at the 1:47 minute mark. 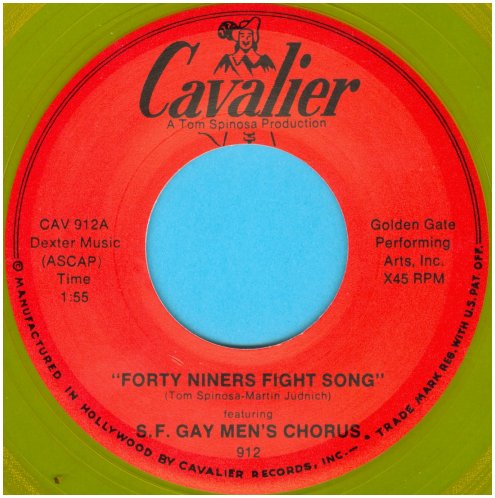 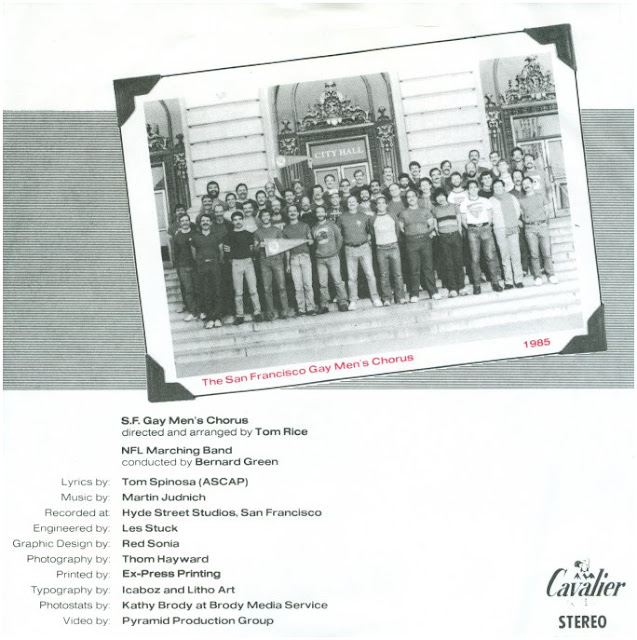 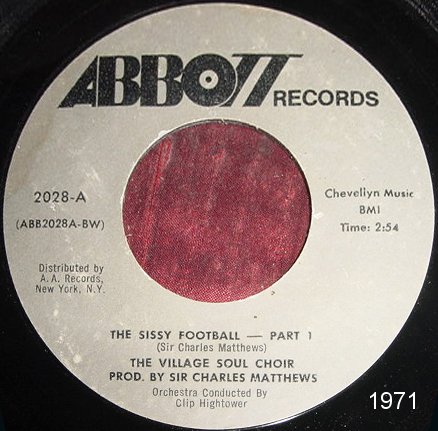 This one came out in 1971, by The Village Soul Choir...and you can judge the sissy part for yourself. 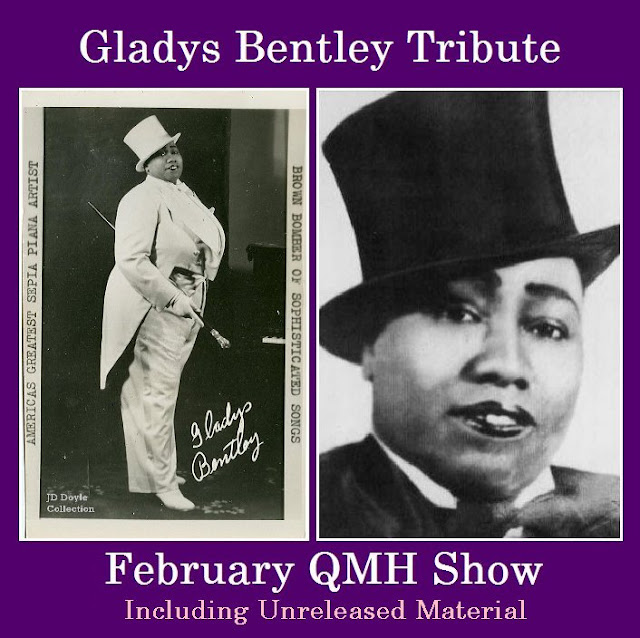 QMH for February. Gladys Bentley Tribute. I've been wanting to do this show for quite a while, and kept putting it off, as Bentley is quite an intimidating subject. But it's done, and it covers music from her whole career, and includes some very rare unreleased material you should not miss. 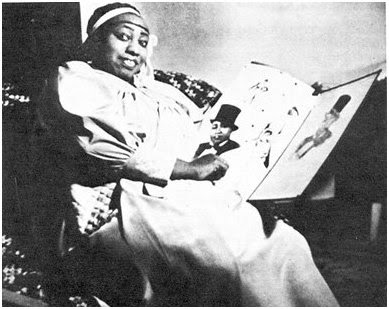 And please check out my (fanatical) reference section on Bentley 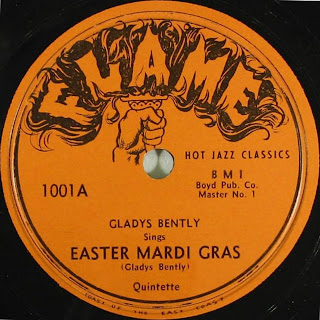 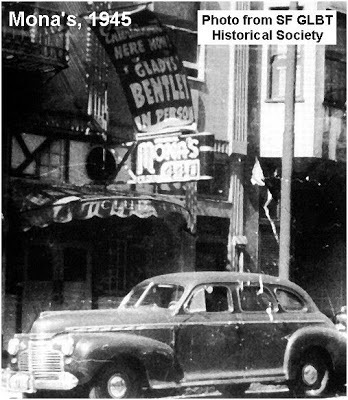